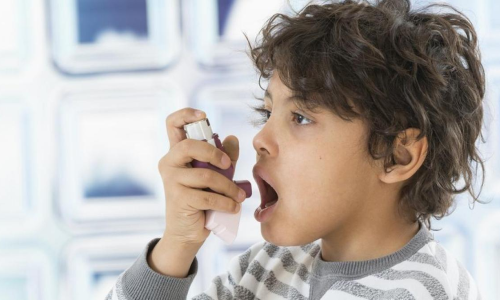 Children suffering from asthma are unnecessarily prescribed antibiotics for treatment even though guidelines do not support this, new research shows.

Children suffering from asthma are unnecessarily prescribed antibiotics for treatment even though guidelines do not support this, new research shows.

Asthma is a chronic lung disease that inflames and narrows the airways in the lungs. Symptoms include coughing, shortness of breath and chest tightness.

The findings showed that asthma symptoms are often mistaken for a respiratory tract infection and are given antibiotics as a preventative measure.

Overuse of antibiotics in children can lead to drug-resistant infections, as well as leave kids at high risk of a future infection that is difficult to treat, the researchers warned.

"International and national guidelines clearly state that antibiotics should not be given for a deterioration in asthma symptoms, because this is rarely associated with a bacterial infection," Esme Baan from the Erasmus University, in the Netherlands.

"Inappropriate use of antibiotics can be bad for individual patients and the entire population, and makes it harder to control the spread of untreatable infections."

The researchers found that children with asthma were approximately 1.6 times more likely to be prescribed antibiotics, compared to children who do not have asthma.

"Antibiotics should only be given when there is clear evidence of a bacterial infection such as for pneumonia," Baan said.

"However, we saw that, in children with asthma, most of the antibiotic prescriptions in children were intended for asthma exacerbations or bronchitis, which are often caused by a virus rather than bacteria."

Antibiotic prescription rates were almost two-fold higher in the UK overall. In both countries, amoxicillin was the most commonly used antibiotic.