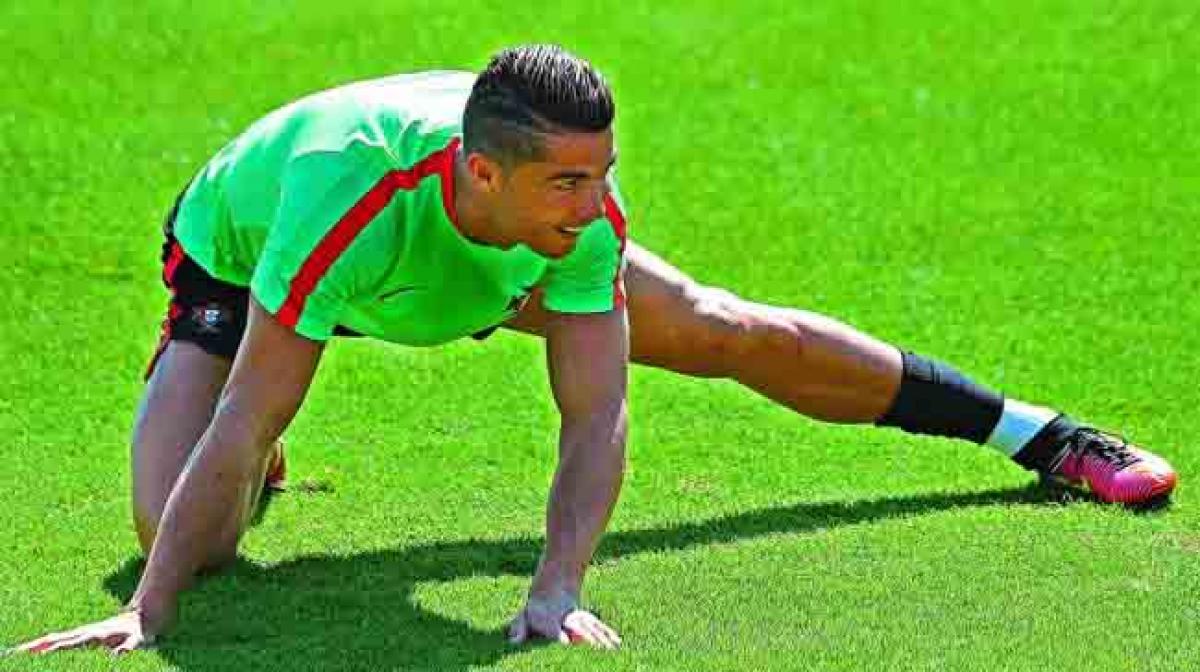 Cristiano Ronaldo’s battle-hardened Portugal stand between hosts France and a cathartic victory in Sunday’s Euro 2016 final at Stade de France. The stadium was targeted by suicide bombers during France’s friendly against Germany last November in attacks across Paris that left 130 people dead. It cast a black shadow over the tournament, but following a joyous semifinal victory over Germany, France

Cristiano Ronaldo’s battle-hardened Portugal stand between hosts France and a cathartic victory in Sunday’s Euro 2016 final at Stade de France. The stadium was targeted by suicide bombers during France’s friendly against Germany last November in attacks across Paris that left 130 people dead. It cast a black shadow over the tournament, but following a joyous semifinal victory over Germany, France aim to prevail in a third major final on home soil after the 1984 European Championship and 1998 World Cup.

“There is lots of fervour and lots of joy and happiness in France,” France coach Didier Deschamps said after the 2-0 win over Germany in Marseille. “It’s a really great story. We don’t claim to have the power to solve all the problems of the French people. But we have the power to generate emotions and make them forget their worries.” The November attacks, claimed by Islamic State, struck particularly close to France forward Antoine Griezmann. He was on the pitch at Stade de France and his elder sister, Maud, survived the assault on the Bataclan concert hall in central Paris that claimed 89 lives.

Griezmann missed a penalty for Atletico Madrid in their Champions League final defeat by Real Madrid in May and made a poor start to the Euro in France’s 2-1 win over Romania. But after coming on to net a 90th-minute opener against Albania, he has emerged as the star of the tournament, scoring in knockout-phase wins over the Republic of Ireland, Iceland and Germany.

With six goals — three more than any other player — the 25-year-old is in line for both the Golden Boot and the UEFA player of the tournament prize. Ronaldo, however, served a timely reminder of his ability to decide a game with a brilliant bullet header in Portugal’s 2-0 semifinal win over Wales. And having turned 31 in February, the Real Madrid superstar knows he may not get a better chance to inspire his country to a first major international trophy. Ronaldo has never tasted victory against France, but he is not alone as Portugal have lost the last 10 meetings between the countries, stretching back to 1975.

France have twice beaten Portugal en route to Euro success, Michel Platini and Zinedine Zidane netting extra-time winners in the semifinals of the 1984 and 2000 tournaments. They also overcame them in the semifinals of the 2006 World Cup, before losing on penalties to Italy in what was their last major tournament final. Portugal were stunned 0-1 by Greece as hosts of Euro 2004 in their only previous major final appearance.

Deschamps, 47, captained France to glory at the 1998 World Cup and Euro 2000 and is seeking to add a third major title to his international trophy collection. The former Juventus midfielder has a reputation in France for being lucky and it was enhanced by Thursday’s win over Germany, who dominated the game for long periods. His side will start as favourites, but although Portugal’s win over Wales was their first inside 90 minutes here, they are wily and dangerous.