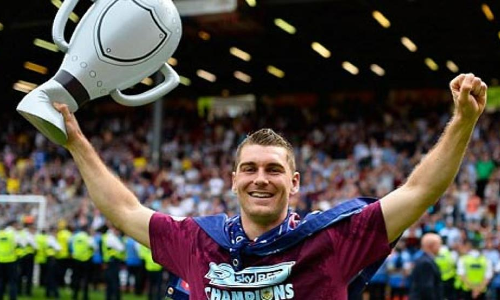 It\'s been almost a week since the Euro 2016 final, but the hangover continues -- rather strange because this didn\'t happen after the IPL, which was a less taxing tournament to watch.

It's been almost a week since the Euro 2016 final, but the hangover continues -- rather strange because this didn't happen after the IPL, which was a less taxing tournament to watch.

Taxing? All the important matches started only half-past midnight and if they went into extra time, they would stretch for upwards of two hours.

Waking up early the same morning for work was not easy, but life doesn't end with football.

In the end, what a final it was. The French were the favourites playing at home, but I was rooting for underdogs Portugal if only for the historical fact that they gave us Goa, adding to the varied mix of cultures that is India.

The Portuguese influence extends wider in western India if one considers that the seven islands that make up Mumbai (earlier Bombay, from the Portuguese "Bombayim" meaning beautiful bay) came to the English East India Company in the 17th century as part of the dowry of Portuguese princess Catherine of Braganza when she married Charles II in 1661.

As one from a cricketing country, I recall the dashing Australian cricketer, the late David Hookes, once asking how cricket could be called a slow game with a batsman having to react to the ball being hurled at around 150 km per hour.

If that unfortunate brawl at a Melbourne pub hadn't snatched Hookes away, I could have told him over Twitter that he probably hadn't seen a competitive international football match to sense how soccer combines a game of chess with sheer athleticism and speed because it is packed into those 90 minutes -- to make it the king of sports.

The Stade de France on Sunday saw the playing out of a brilliant tactical game, and a master class conducted by victorious coach Fernando Santos. Portugal had never won a major title, even with past talismans like Luis Figo in 2004, or in the sixties with the greatest Portuguese player -- Mozambique-born the late Eusebio, aka "Black Pearl" -- who was elected the ninth best footballer of the 20th century in a poll by the International Federation of Football History & Statistics.

The French played a beautiful attacking football, but the final touch proved elusive on the day. The history of major tournaments is full of instances of home teams faltering in finals as the Portuguese had their own heartbreak at home in Euro 2004.

Portugal, on the day, efficiently did what they had to do for most of the game, capping it with that strike of genius by Eder, who scored the only goal at the fag end of extra time.

Here is my Portuguese quintet of the match:

Cristiano Ronaldo dos Santos Aveiro: Talismanic captain, for his enforced absence through most of the game, which galvanised the team; for paying his taxes and for dedicating the victory also to "immigrants".

Eder or Éderzito António Macedo Lopes: The immigrant from Guinea Bissau in Africa, the striker who had never scored, for scoring his first international goal.

Pepe or Képler Laveran Lima Ferreira: The wiry, baby-faced defender of Brazilian origin, who held the keys to the kingdom.

Joao Mario Naval da Costa Eduardo: Midfielder; the Portuguese playmaker who took part in the European under-21 Championship last year when Portugal was beaten in the final by Sweden, was among the best players of Euro 2016.

Rui Pedro dos Santos Patrício: For his seven saves in goal that proved to have helped open the gates of heaven.

Now you can understand why the hangover persists.