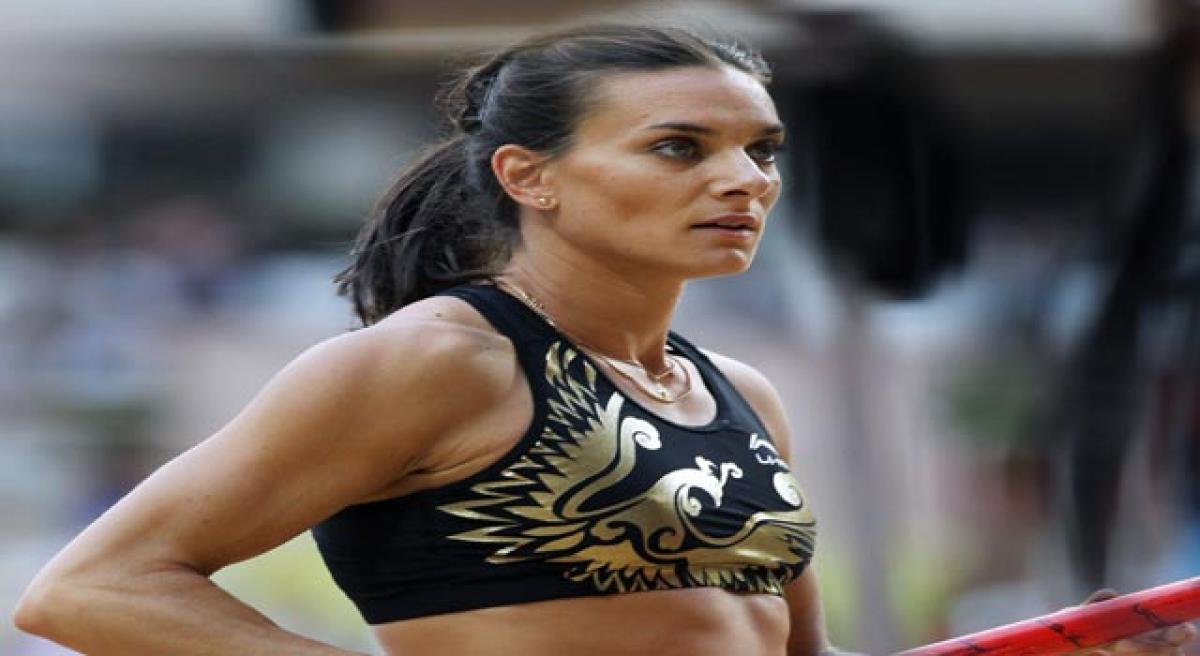 Russia\'s two-time Olympic pole-vaulting champion Elena Isinbayeva has claimed that she will not give up training as long as there is any chance that she can take part in the Rio Olympics.

​Moscow : Russia's two-time Olympic pole-vaulting champion Elena Isinbayeva has claimed that she will not give up training as long as there is any chance that she can take part in the Rio Olympics.

In November 2015, the World Anti-Doping Agency (WADA) accused Russia of violating anti-doping rules and recommended that the International Association of Athletics Federations (IAAF), the sports governing body, eliminate all Russian athletes from participating in all contests under its aegis, including the Olympic Games.

The IAAF followed the recommendation, voting to remove the All-Russia Athletic Federation (ARAF) from participation denting Isinbayeva's hopes of participation.

On July 21, the Court of Arbitration for Sport (CAS) rejected an appeal from 68 Russian athletes and the Olympic Committee of Russia. Subsequently, the Russian national team was removed from participation in the Rio Olympics.

On Friday, Isinbayeva made a statement through her Twitter account, suggesting that the true motive for her elimination is her training in Russia.

“WADA and IOC don't have reservations about me,” she said. “IAAF also has no claims against me regarding the doping issue.

I'm clean and honest here. My entire career speaks to that. The only obstacle that keeps me from competing at the Olympics is the fact that for the past two years I have been living and training in Russia.”

Born in Volgograd, the athlete called the situation in which she has found herself ‘absurd,’ as foreign athletes can train in their homelands, and as she would have to to “leave her country, family and coach” to receive permission to compete in the Olympics.

Isinbayeva also noted that Russian long-jumper athlete Daria Klishina can take part in the games in Rio, as ‘she has lived in America for three years.’

“There's still no clarity on this issue, there are no answers. I don't stop training, in hope that this injustice will end soon,” she wrote on her Instagram page, calling the media to help her “to dig down the truth and ask IAAF chief Sebastian Coe the reason,” for her removal from competition.