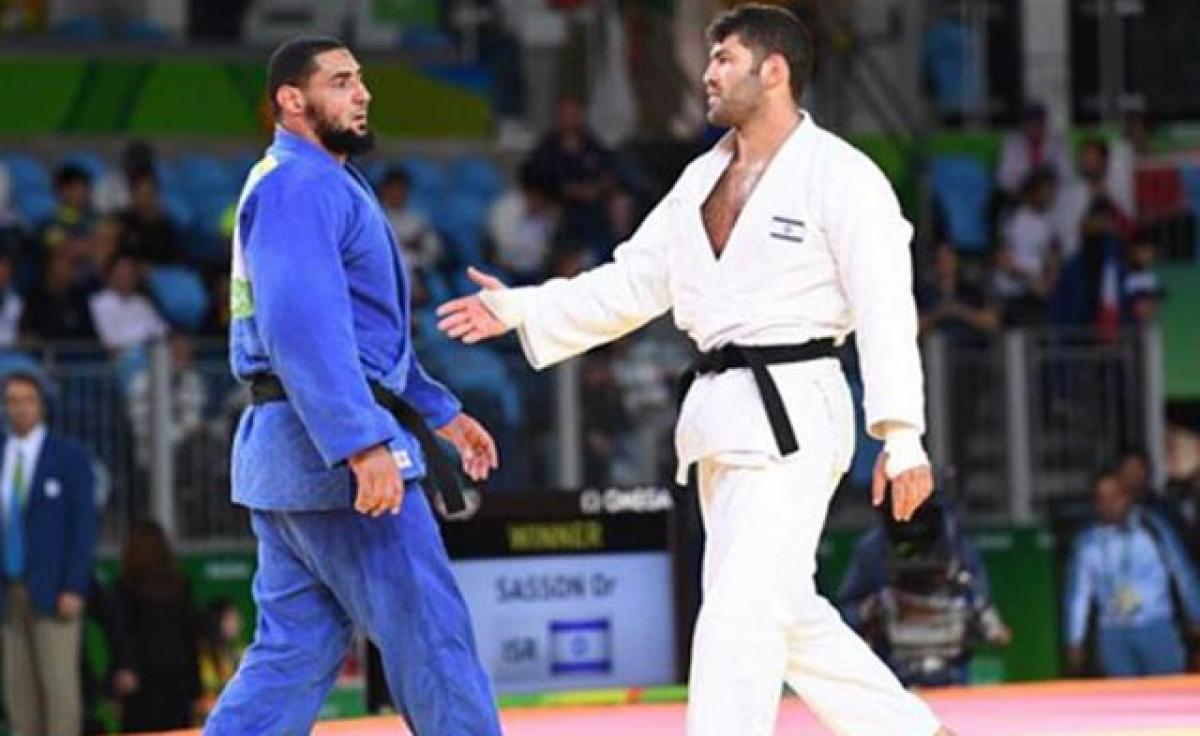 Egypt\'s Islam El Shehaby refused to shake hands with Israel\'s Or Sasson after their judo match at the Rio Olympics on Friday, drawing boos from the crowd and stirring a debate about intolerance at the Games.

Egypt's Islam El Shehaby refused to shake hands with Israel's Or Sasson after their judo match at the Rio Olympics on Friday, drawing boos from the crowd and stirring a debate about intolerance at the Games.

The International Olympic Committee (IOC) opened a disciplinary commission after El Shehaby, who lost the first round elimination bout, backed away when Sasson bowed and approached him to shake hands.

El Shehaby, 32, had been reportedly pressured by fans in social media not to show up for the match with his Israeli opponent because it would shame Islam. Egypt was the first Arab power to make peace with Israel, in 1979, but the treaty remains unpopular among many Egyptians.

El Shehaby and Sasson did not comment after the match inside the Carioca Arena 2. An IOC official said the organisation's president, Thomas Bach, ordered the disciplinary commission as soon as he heard about the incident.

"We believe that the Olympic spirit should be about building bridges, never about erecting walls," IOC spokesman Mark Adams told a news conference. "Things happen in the heat of the moment that are not acceptable and obviously we would remind all competitors of Olympic values."

He said that the general spirit of toleration at the Games was exemplified by the athletes' village, where competitors spend time socialising after competing.

Nicolas Messner, a spokesman for the International Judo Federation, said in fact judokas are not obligated to shake hands under IJF rules, only to bow, which El Shehaby did after he was called back.

"Nevertheless, after the Games the situation will be studied and analysed to see if further action must be taken," he said. Some Israeli and Lebanese athletes had an argument last week about sharing a bus to the opening ceremony of the Rio Olympics. The Lebanese team admitted preventing Israeli athletes from boarding but said it was because the bus was reserved for members of its team.

Israeli Olympic spokeswoman Brurya Bigman declined to answer questions on the judo incident, saying the problem lay with El Shehaby. Sasson will compete in the semi-finals of the +100kg category later on Friday.

The judoka's brother told Israel's Channel 10 that Sasson was focussed professionally and tactically on the competition. The incident with the Egyptian did not appear to involve any personal animosity, he added.