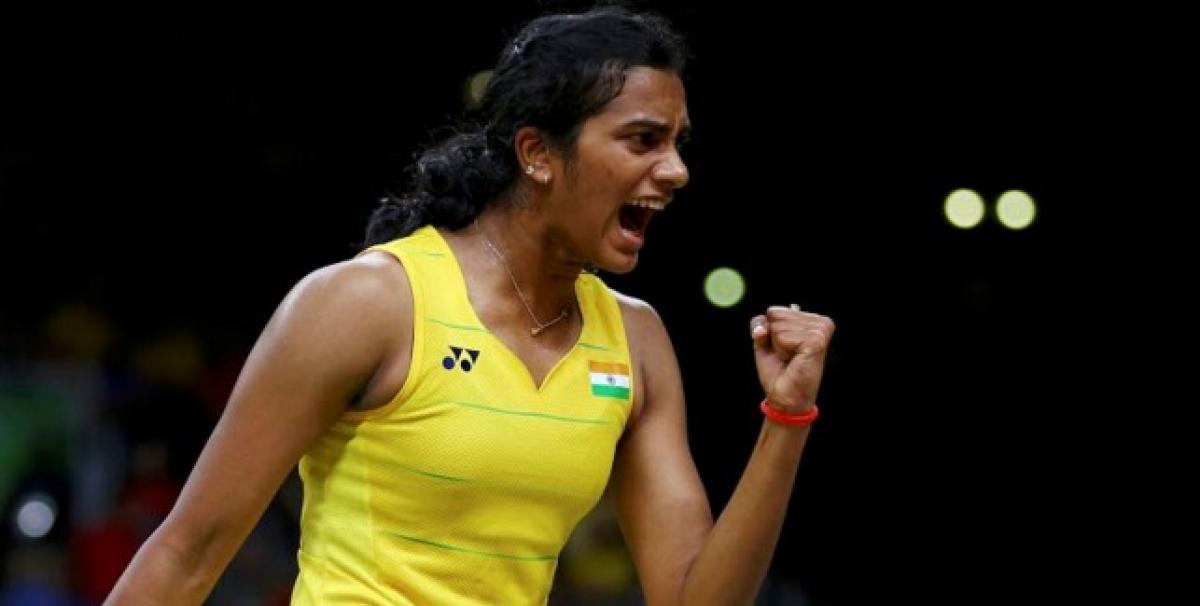 She has bettered Saina\'s record and became the first Indian woman shuttler to win silver at the Olympics.

Hyderabad: Star shuttler P.V. Sindhu, who on Friday became the first Indian woman to win a silver medal in badminton in the Olympics, has had a meteoric rise since she first hit the headlines in 2012.

It was in July 2012 when the badminton world started taking note of the lanky girl after she became the first Indian to win the girls' singles title at the Asian Youth Under-19 Championships.

The victory had helped improve her world ranking to 25 from 151 early that year.

"I want to become World number one," Sindhu, then just 17, had told IANS. This was the same year when she watched her senior Saina Nehwal creating history by becoming the first Indian shuttler to win a bronze medal at the Olympics in London in 2012.

Sindhu never looked back from there. Four years later, she has bettered Saina's record and became the first Indian woman shuttler to win silver at the Olympics.

This was an amazing run for 5ft10in tall girl from Hyderabad, whose aggressive performance in the quarter-final and the semi-final won all-round praise.

Using her height to full advantage, Sindhu displayed a sterling performance to script a 22-20, 21-19 win against former World No.1 and London Olympics silver medallist Wang Yihan to enter the semis. She then overpowered sixth-ranked Nozomi Okuhara 21-19, 21-10 to assure India at least a silver medal at Rio.

The daughter of former volleyball players, Sindhu took to badminton at the age of eight-and-half and has climbed the ladder of success swiftly to be ranked number 10 in the world.

The first big success of her career came in 2013 when she won her maiden Grand Prix gold at the Malaysian Open. The same year, she won the Macau Open and went on to defend the title in 2014 and 2015 to complete a rare hat-trick.

She made history by winning bronze at the World Championship, becoming the first Indian woman to achieve the feat. The Arjuna award was icing on the cake. It was the second Arjuna for the family as her father P.V. Ramana had won it earlier.

Sindhu received the Federation of Indian Chambers of Commerce & Industry (FICCI) Breakthrough Sportsperson of the Year in 2014 and was named NDTV Indian of the Year 2014.

Parents Ramana and P. Vijaya did not impose volleyball on Sindhu and allowed her to choose the sport she liked, which was badminton.

"I was only eight-and-half years when I started playing badminton near my house in Secunderabad. Mohammed Ali was my first coach," recalled Sindhu.

She then started training at the Lal Bahadur Stadium and later moved to the Pullela Gopichand Academy, where she got a chance to practise with players such as Saina, Jwala Gutta and Ashwini Ponnappa.

Gopichand recognised the talent in Sindhu and advised her parents not to stop. Sindhu recalled that her parents made many sacrifices for her.

As the Gopichand Academy is located 27 kilometres away from their house, they shifted to a new home near the academy in the Gacchibowli area.

Gopichand worked hard to groom her and for Sindhu the former All England champion is her ideal.

It was no wonder that Sindu's parents dedicated Thursday's historic win to Gopi.