Basketball: US rolls past Spain to win sixth gold. 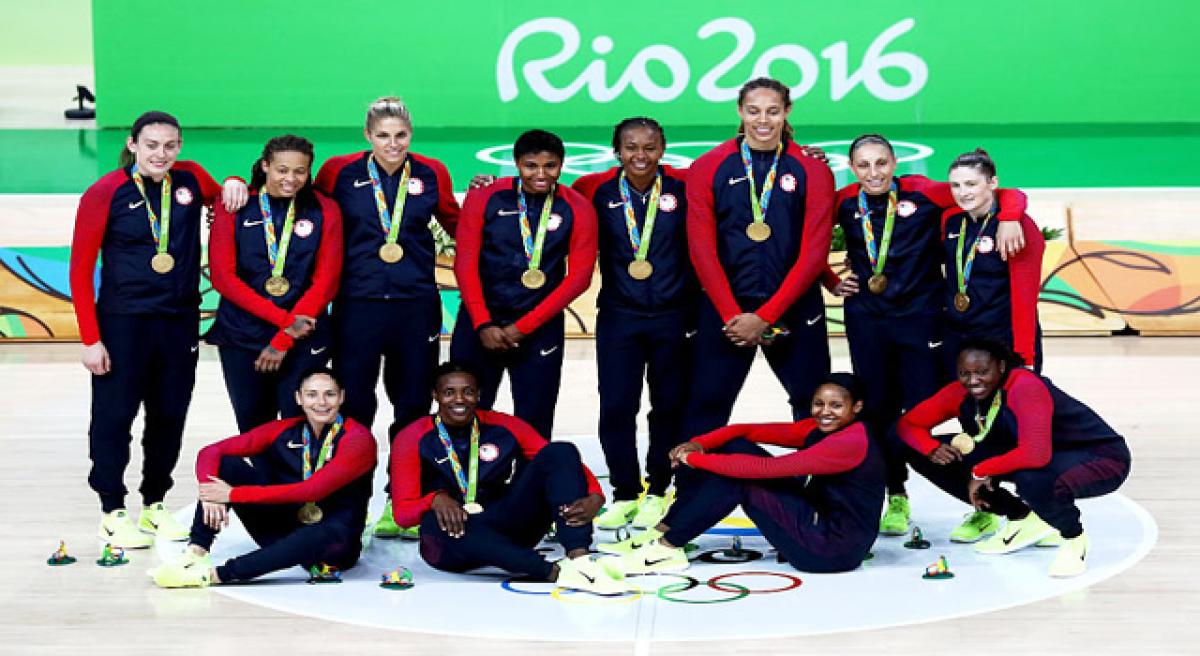 The United States women\'s basketball team thumped Spain 101-72 to claim a sixth straight gold medal on Saturday to rubber-stamp their credentials as one of the greatest Olympic sporting dynasties of all time.

The United States women's basketball team thumped Spain 101-72 to claim a sixth straight gold medal on Saturday to rubber-stamp their credentials as one of the greatest Olympic sporting dynasties of all time.

After a sloppy start that saw Spain lead much of the opening quarter, the U.S. finally settled into their familiar rhythm, turning a 10-0 run into a 17-point halftime lead.

From then on there was no way back for Spain as the U.S. extended their Olympic winning streak to a staggering 49-0.

Only two other teams can claim such a run of domination in an Olympic team sport. The US men's basketball team earned seven consecutive gold medals from 1936-1968 while India claimed six-straight men's field hockey titles from 1928-1956.

"It's mind boggling when you think about it what this team has been able to accomplish, this program," said US coach Geno Auriemma. "There is such a level of expectation, such a level of respect and it filters down. Everyone who puts that jersey on they get it. We're doing stuff that may never be done again."

For Spain, the silver was their first medal in Olympic women's basketball. Earlier, Serbia beat France 70-63 in the bronze medal game.
With the US victory Sue Bird, Tamika Catchings and Diana Taurasi joined former team mates