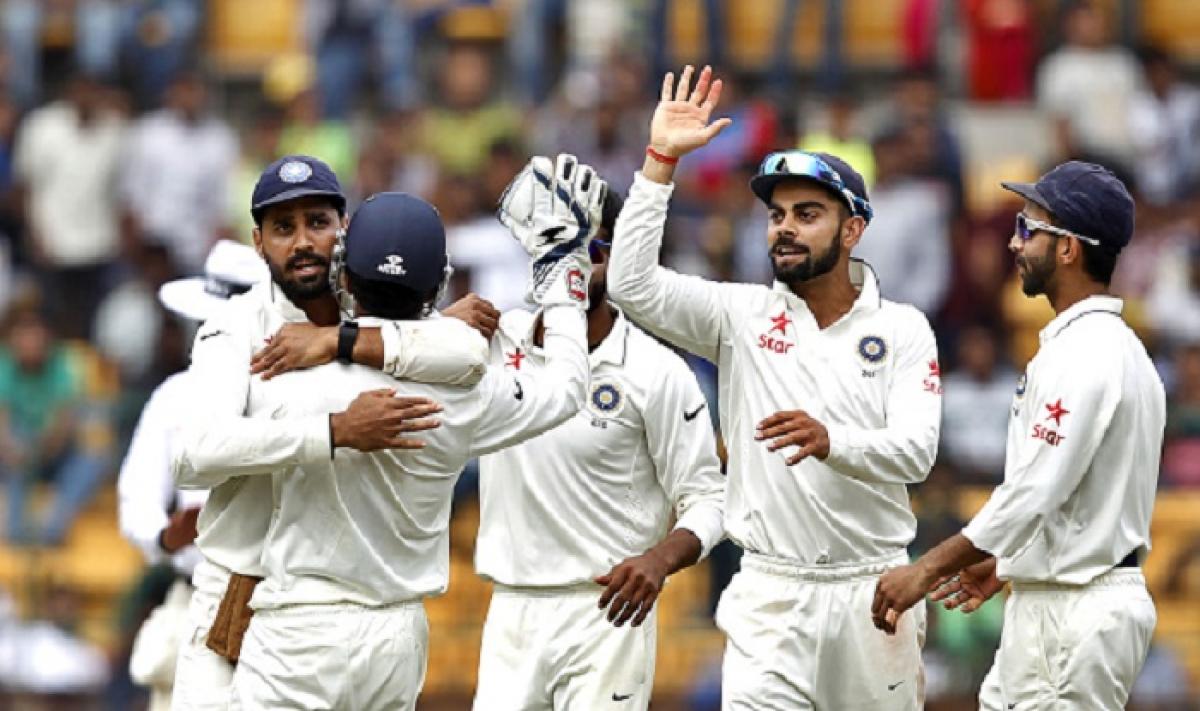 India on Monday retained the cricketers who played in the four-match Test series against West Indies for the three-match series against New Zealand starting from September 22. From the 17-member squad that travelled to the West Indies, only all-rounder Stuart Binny and pacer Shardul Thakur were excluded from the 15-member squad for the home series.

Mumbai India on Monday retained the cricketers who played in the four-match Test series against West Indies for the three-match series against New Zealand starting from September 22.

From the 17-member squad that travelled to the West Indies, only all-rounder Stuart Binny and pacer Shardul Thakur were excluded from the 15-member squad for the home series. Binny and Shardul didn't get to play in any of the four matches in the Caribbean.

The selection panel of the Board of Control for Cricket in India (BCCI) took the decision at its meeting in Mumbai. Captain Virat Kohli and chief coach Anil Kumble were also present at the meeting.

The selectors decided to reward the performance of the players who played in the four-match series which India won 2-0.

The selectors again backed Rohit Sharma who scored 112 in the four innings he got to bat in the West Indies.

"Rohit is a fabulous playe and he has got immense talent. But he hasn't got a longer run. What we have seen (so far) is that he is picked for a Test match and is rested for the entire season and then again picked," selection panel chairman Sandip Patil said at a press conference.

"So, the selection committee alongwith captain and coach feel that whoeever is picked will be given a fare amount of chances."

Cheteshwar Pujara, who scored only 62 runs in two innings, earned the faith of the selectors after scoring knocks of 166 and 256 not out in the Duleep Trophy.

Apart from the duo, selecting rest of the batsmen was a formality, while all the bowlers performed well in the previous Test series and given the conditions the team will play in, they were obvious choices.

"There have been many players who have done well, and all the players under the BCCI banner were discussed. Our job is to give a chance to all who do well," Patil said.

"But the problem with cricket is that there are only 11 people who can play. We are happy that we have a good 30 players ready to get picked," he added.

"The team performed really well in the West Series and hopefully, they continue this."

The series against New Zealand is the beginning of a home season that will see India play 13 Tests until March next year.

The first match against New Zealand will be played in Kanpur from September 22, while the second and third Tests will be held in Kolkata and Indore.

India are currently ranked No.2 on the ICC Test rankings, only a point behind Pakistan, while New Zealand are placed eighth.