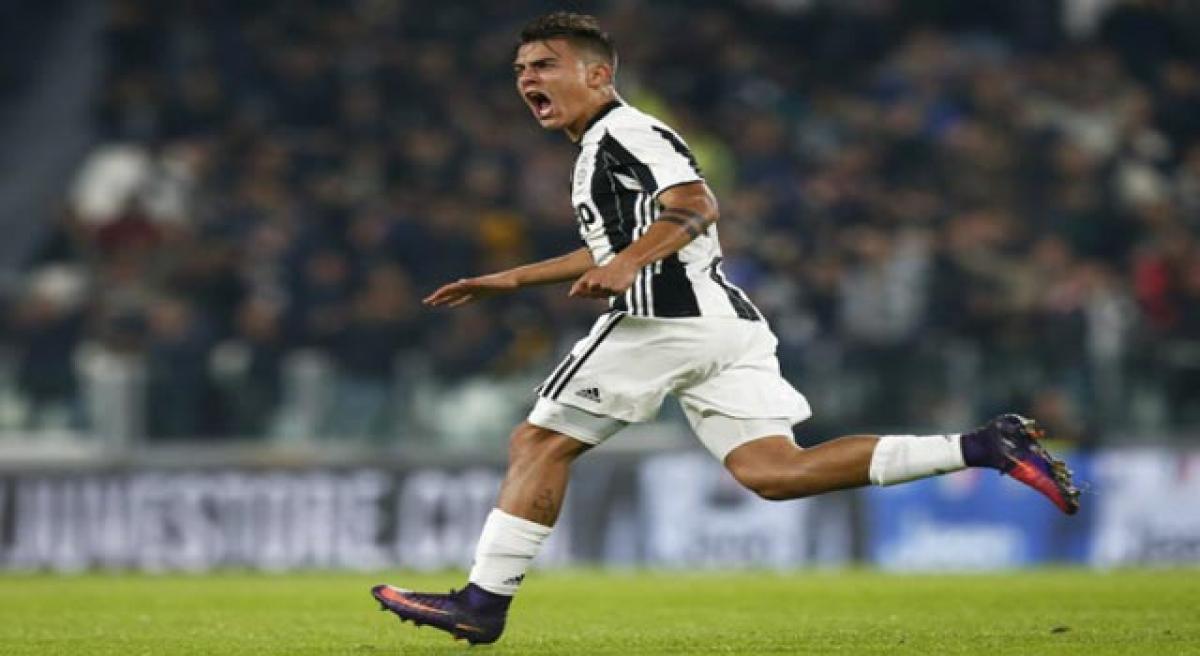 Paulo Dybala hit a brace as champions Juventus underscored their Serie A title credentials with a battling 2-1 win over Udinese as rivals Napoli and Inter Milan crumbled.

​Rome: Paulo Dybala hit a brace as champions Juventus underscored their Serie A title credentials with a battling 2-1 win over Udinese as rivals Napoli and Inter Milan crumbled. Juventus had been given a huge incentive before their late kick-off against the league's other 'bianconeri' side on Saturday evening after Roma stunned Napoli 3-1 at the San Paolo.

The Old Lady of Turin, bidding for a record sixth consecutive title, took the title race by the scruff of the neck to leave Roma in second at five points adrift. After AC Milan moved up to third with a one-sided 3-1 win at Chievo, Napoli dropped to fourth at seven points behind. Juventus face Lyon in the Champions League on Tuesday, when the Italian champions will be tipped to tighten their grip on Group H.

But as far as a record sixth straight crown is concerned, Massimiliano Allegri was coy. "We're five points ahead of Roma and seven ahead of Napoli, but this month we come face to face with a few direct rivals," said the Juve coach. "On Saturday we face an AC Milan side that's having a great campaign so far, and then we host Napoli on October 29.

"So, we need to go slowly. We've won this game, we'll focus on Lyon this Tuesday and then we'll start to think about Milan." It was a far from flawless performance from the Old Lady, but collectively, the Turin giants are a tough act to follow. Napoli coach Maurizio Sarri lost centre-forward Arkadiusz Milik to a cruciate knee ligament injury last week, and the prolific Pole's replacement, Manolo Gabbiadini, was inefficient on Saturday before being replaced by Belgian international Dries Mertens midway through the second half.

While Sarri tried in vain to defend his selection choices, club owner Aurelio De Laurentiis launched an astonishing attack on the media. "I can already imagine what you're going to write... the only thing that works properly in this city is Napoli, and you all want to attack us at every opportunity," said De Laurentiis.

"But I warn you, my shoulders are not big, they're huge." As Napoli fizzed, Roma coach Luciano Spalletti was the toast of the Giallorossi fans as they revived faint hopes of a first title since 2001. Yet he admitted: "We'll see if it's enough to keep pace with Juventus, or whether they'll keep on going as they're doing.

"But we did what we had to do." Spalletti saw Edin Dzeko shake off his poor record of eight goals in 31 appearances last season and celebrate hitting his first league brace on the road as Roma stunned Napoli in the 'Derby del Sole'. Mohamed Salah added a third in the final minutes after Napoli failed to build on Kalidou Koulibaly's 58th minute header.