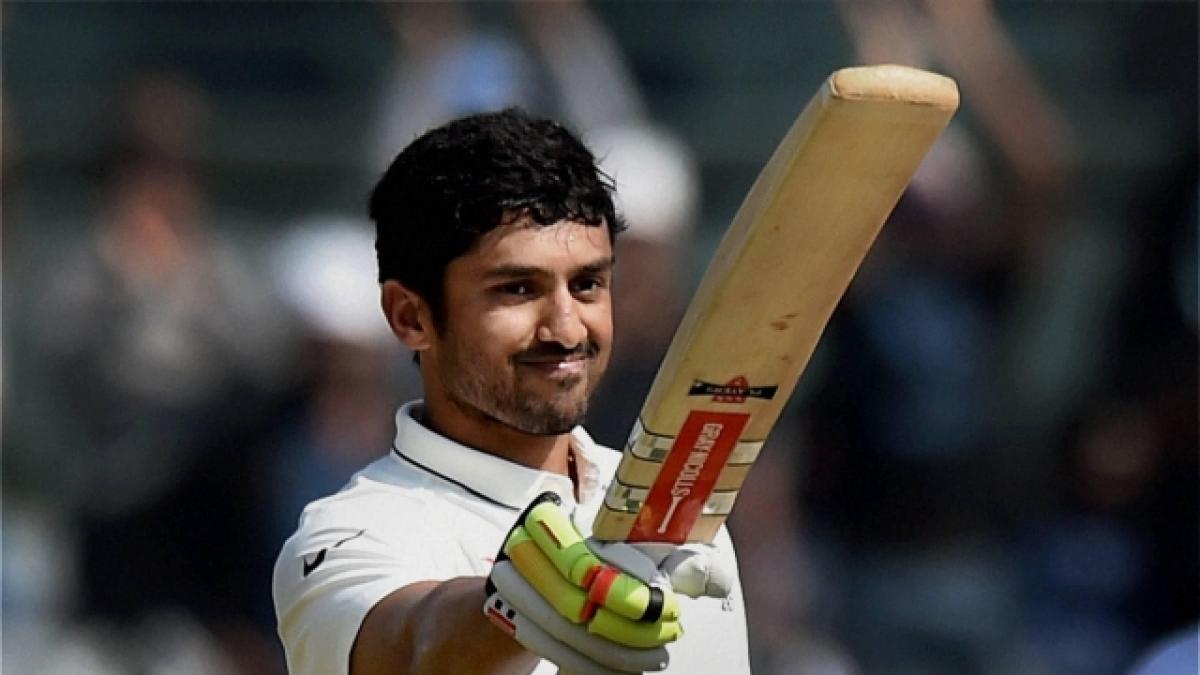 Karun Nair scored his maiden double hundred while R Ashwin also joined the run feast with an unbeaten 54 as India tightened its grip over the fifth cricket Test against England, on Monday.

Karun Nair scored his maiden double hundred while R Ashwin also joined the run feast with an unbeaten 54 as India tightened its grip over the fifth cricket Test against England, on Monday.

Young Nair, playing only his second Test, and Ashwin kept the England bowlers at bay in the second session to take India's total to 582 for five at tea on day four. England captain Alastair Cook put all his bowlers on job but none of them could break the sixth wicket stand between Nair and Ashwin, who have now added 150 runs.

Thanks to their defiant batting, India now are leading by more than 100 runs with more than three sessions remaining in the series-ending match. Both Nair and Ashwin were comfortable against spin and pace even as the track offered a bit of help to the spinners.

Nair punished the rival bowlers with 22 fours and a six while Ashwin took 130 deliveries for his knock which has five fours and a six in it. They added 119 runs in the middle session even as none of the England bowlers got any success.

Murali Vijay (29), who had come down the order at No. 6, was the only batsman dismissed in the morning session as Liam Dawson picked up his maiden wicket in the 124th over after trapping him in front of the wicket. Resuming at the overnight score of 391-4, Nair and Vijay found the going a bit tough against the duo of Dawson and Stuart Broad.

While Dawson bothered Vijay with his slow deliveries, Broad almost had his man when he induced a slight nick off the Tamil Nadu batsman but umpire Simon Fry felt otherwise and England didn't have any reviews left. In the next over, Nair blasted Dawson for a six over long-on, while Vijay picked up a boundary off Ben Stokes behind point in the 121st over.

One over later, Nair sliced Stokes behind point to pick up another boundary and along with it, his maiden Test century. He celebrated the achievement by raising his bat. Vijay's fall in the 124th over brought Ashwin to the crease and after a few overs, Nair once again repeated his treatment to Stokes, picking up successive boundaries off the bowler to keep the scoreboard ticking.

Ashwin picked up his first boundary when he late cut a Dawson delivery behind point. Just before lunch, Adil Rashid was introduced into the attack and Nair hit him through extra cover as India took lunch after the 135th over.