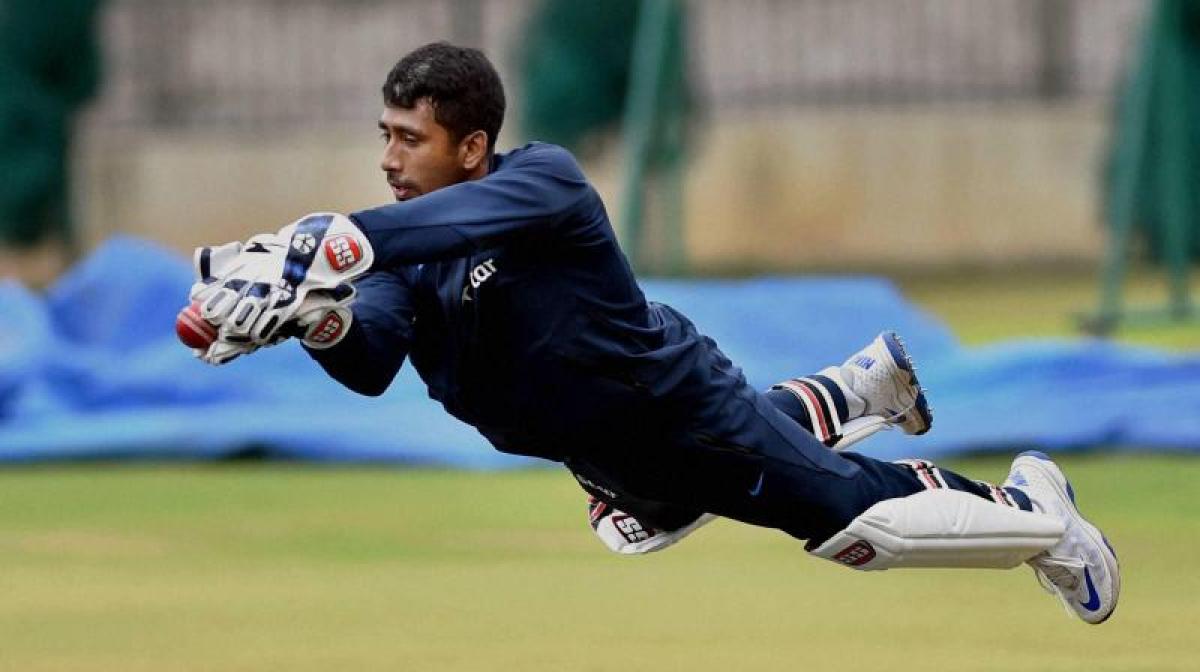 Wriddhiman struck a career-best First Class score of 203 not out in an unbroken 316-run partnership with Cheteshwar Pujara (123*) to help Rest of India defeat Gujarat by six wickets and win the Irani Cup.

"This is domestic cricket but Wriddhi has been successful at the Test level, so he's an automatic choice. Parthiv is good but he will have to wait," Ganguly said.He earlier felicitated Cooch Behar’s Bengal U-19 players, underlining the significance of the Vision 2020 programme in grooming them.

"This association belongs to the players. Today Wriddhi scored a double century. Kanishk (Seth) and (Ishan) Porel were in the Vision 2020 for the whole season. Without system nothing will happen. That's the most important thing. That's the reason we have roped in the likes (Muttiah) Muralitharan and (VVS) Laxman and (TA) Sekar. You have to give them time. We already see a lot of difference. Look at Wriddhi’s first double hundred," Ganguly said.The Board reportedly has put Kolkata on stand-by for the one-off India Bangladesh Test from February 9 but the Cricket Association of Bengal president said he's not aware of any development.

"I've got no idea. There's a whole Ticket printing and other stuff. If it goes till the last minute, we cannot host it. There's a lot of work needs to be done like printing tickets. We will see," he said.