David Warner on Virat Kohli: We are still friends 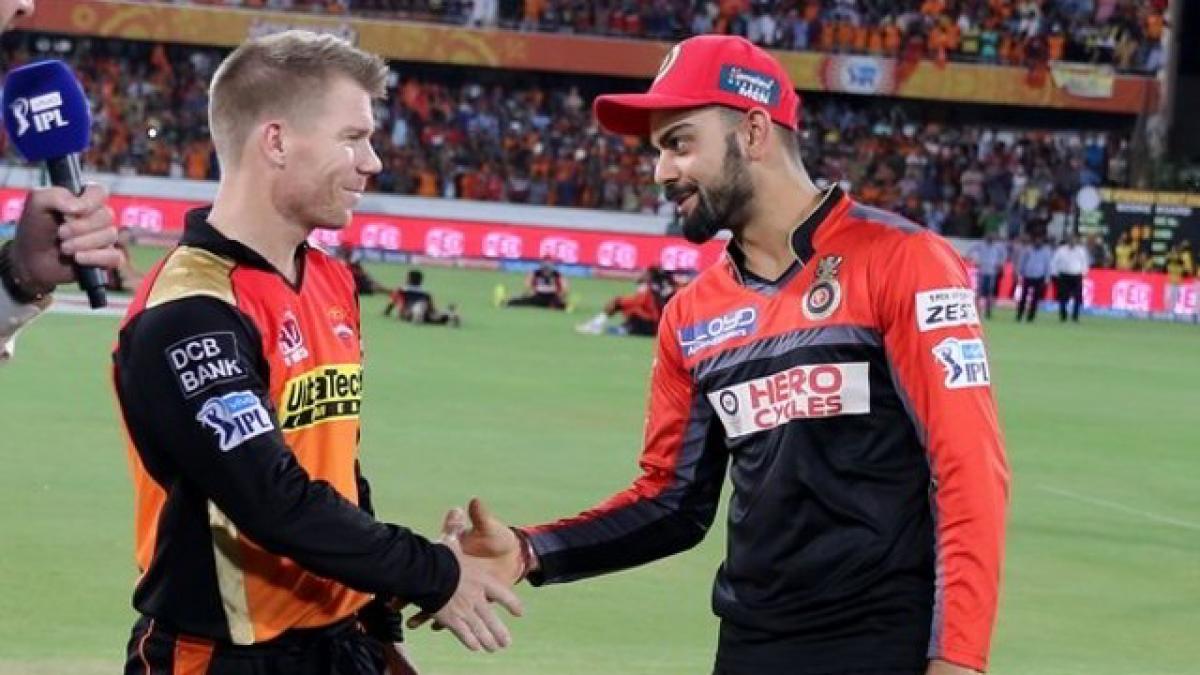 David Warner says he remains good friends with Virat Kohli despite a bitterly fought Test series which ended with the Indian captain saying that he was no more friends with the Australian cricketers.

Hyderabad: David Warner says he remains good friends with Virat Kohli despite a bitterly fought Test series which ended with the Indian captain saying that he was no more friends with the Australian cricketers.

Warner had a chat with Kohli during the IPL inaugural ceremony here. “Ya. I had a chat with Virat. We are still friends, thankfully. I had a text conversation with him which is very nice of him,” said Warner.

“As we all know, we all got jobs to do. You guys (journalists) write, right or wrong. We players…that’s how the game is. But, away from this, we are still very good friends,” the Sunrisers Hyderabad captain.

Against the backdrop of sparks flying during the recent tour of Australia to India, Warner was asked whether he got a chance to have a chat with Kohli.

“Sometimes on the field, we can take it too seriously and for the emotions for the next hour, we might be thinking they are not going to be anymore this and that, but for us, we are all going to be friends, everything is taken care.

“It’s a friendly environment, especially IPL and world cricket. We just love playing the game and making sure everyone is smiling,” he said.

Warner was elated over the team kicking off its campaign in the ongoing IPL on a winning note – a 35-run victory against Royal Challengers Bangalore in the tournament opener.

Warner said there has been no final word on when Bangladesh’s Mustafizur Rahman is going to join the team.

“You know as much as I do. I didn’t even know that he was not going to be here till I landed. I think the whisper was he is going to be with us in Mumbai,” he said, adding there will be more clarity on the issue.

The tag of defending champions does not put any pressure on the team this year, he said.

“There is no pressure… Last year (there) were more individuals playing a role, one or two in each single game. This year (to) start the way we did was fantastic. We had self belief,” Warner said.
“It’s great to be defending champions. But, we will play the way we do. Keep calm and everything will pan out the way that we do. If we go on field and give 100 per cent everytime,” he said.

Saying that the team had competent players in its ranks, he said he would look to get the balance right.