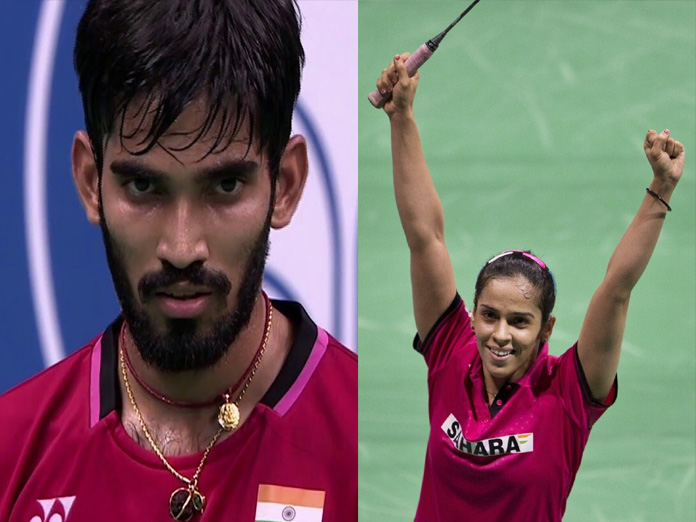 Kuala Lumpur: Top Indian shuttlers Kidambi Srikanth and Saina Nehwal will begin the season with renewed verve at the Malaysian Open World Tour Super 500 tournament which gets underway with the qualifiers here on Tuesday.

World No 8 Srikanth endured a below-par season where he topped the BWF ranking for a brief period and also claimed the Commonwealth Games silver but failed to win a single title, following an unprecedented high of 2017.

Though he couldn’t produce the goods in the international circuit, Srikanth managed to keep a clean slate in the just-concluded Premier Badminton League (PBL) where he anchored his team to a title win on Sunday.
The 25-year-old from Guntur will hope to continue his unbeaten run when he takes on Hong Kong's Ng Ka Long Angus in his season-opener on Wednesday.

Saina, on the other hand, has been one of the top achievers in 2018, claiming a second gold in the CWG and securing a bronze at the Asian Games and Asian Championship. She also reached the finals at Indonesia Masters, Denmark Open and Syed Modi International. The 28-year-old from Hyderabad, who recently married fellow shuttler P Kashyap, will also face a Hong Kong player in Deng Joy Xuan in her women’s singles first round.

B Sai Praneeth, meanwhile, has decided to give the tournament a miss after featuring in the PBL for Bengaluru Raptors. Commonwealth Games silver medallists Satwiksairaj Rankireddy and Chirag Shetty will look for a positive start too when they face China's Ou Xuanyi and Ren Xiangyu.