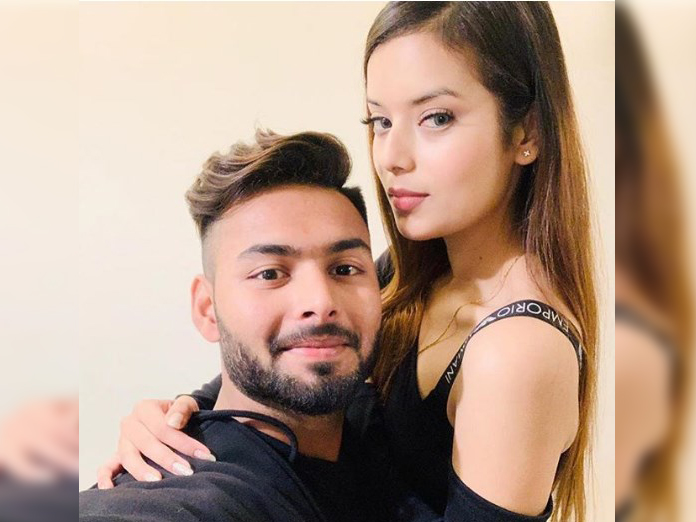 Back home from Australia, Rishabh Pant shared a picture with his girlfriend, sending fans on social media into a meltdown

Back home from Australia, Rishabh Pant shared a picture with his girlfriend, sending fans on social media into a meltdown.

Rishabh Pant, the Indian wicket-keeper batsman, was thoroughly entertaining in the Test series against Australia. He impressed with his performances with the bat, terrific work behind the stumps, or the talk behind the stumps, Pant has made plenty of more fans Down Under. 'Babysitter' is the nickname Pant took home from Australia as he engaged himself in a hilarious banter with Australian skipper Tim Paine. While both wicket-keepers kept taking their turns behind the stumps to sledge the other, it was the display of sportsmanship by the duo that impressed fans the most.

During the tour, it was the 21-year-old's picture with Paine's family that earned him instant fame on social media, this time it's a picture that the cricketer himself shared on his Instagram account that has sent fans into a meltdown. “I just want to make you happy because you are the reason I am so happy”, Rishabh titled the photo as he left his fans on social media spellbound.

As per Instagram profile, the girl in the picture is Isha Negi who is an entrepreneur and interior decor designer. She also shared the same picture on her Insta profile too with the caption, “My man, my soulmate, my best friend, the love of my life. @rishabpant”.

Although it's just the beginning of his career, Pant has been in and out of the Indian ODI team. While former cricketers and pundits continue to give their opinion what the Delhi lad is doing good or bad, he is of the opinion that criticism from a distance is of no help. If someone has valuable input, it's better to address it personally.

“If someone really wants to help me, then he can always come to me. You can’t just criticize from a distance and then not help. I can’t go up to big names just like that,” Pant told, elaborating his recent interaction with Gilchrist, “He came to me by himself. We couldn’t spend much time but (now) I can go to him whenever I need help,” Pant further added.

The wicket-keeper will be seen along with the men in blue again in the T20I series against New Zealand, although it would be in the outfield only as MS Dhoni's place behind the stumps has been reinstated in the shortest format.