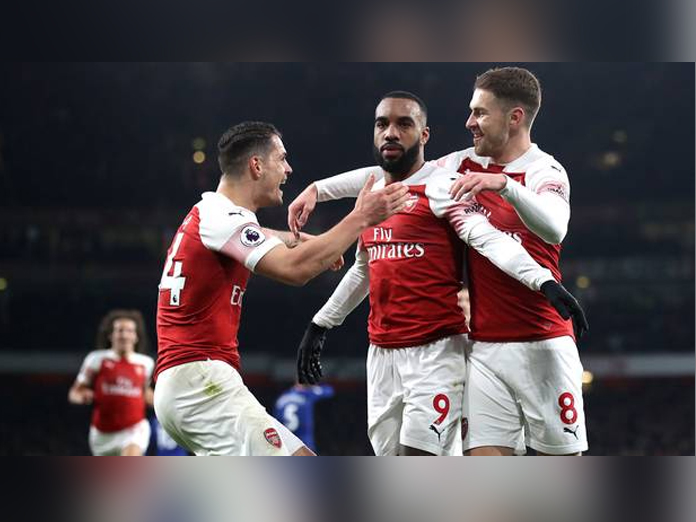 Alexandre Lacazette and Laurent Koscielny gave Arsenal a 2-0 victory over Chelsea in the Premier League on Saturday to open up the pursuit of the fourth Champions League qualification place.

Chelsea's hold on fourth has been reduced to three points after failing to get a shot on target until the 82nd minute.

A victory that dampens the gloom after last weekend's loss to West Ham, and a lack of transfer activity, means Arsenal remains in fifth place ahead of Manchester United on goal difference.

Unai Emery's side made the most of an intense, attacking start in freezing north London, and Chelsea's lax defence. Lacazette got on the end of Hector Bellerin's cross and went past Pedro Rodriguez and Marcos Alonso before netting in the 14th minute.

The hosts extended their lead in the 39th when Koscielny missed his header trying to meet a lofted ball from Sokratis but his shoulder diverted it into the net.

It helped to secure Arsenal's second league win over Chelsea in 15 league meetings, stretching back into Arsene Wenger's reign which ended in May.

But there was a setback in the second half when Hector Bellerin was carried off on a stretcher.