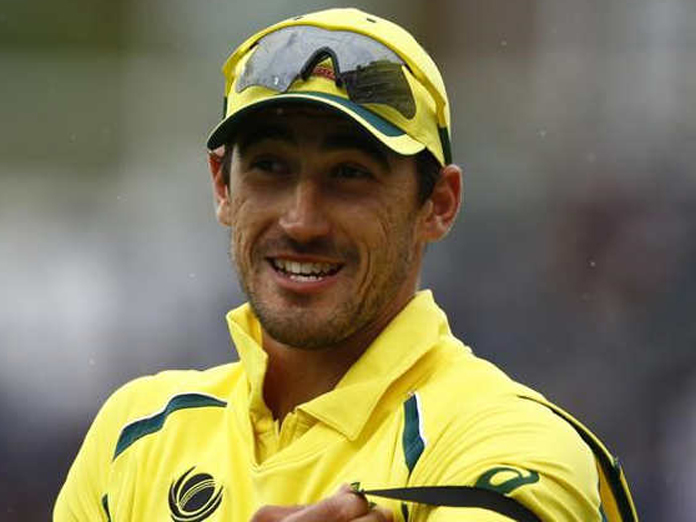 Australia fast bowler Mitchell Starc has been ruled out of the oneday international series in India after sustaining a pectoral muscle injury during the second test win over Sri Lanka, Cricket Australia said on Thursday

MELBOURNE :Australia fast bowler Mitchell Starc has been ruled out of the one-day international series in India after sustaining a pectoral muscle injury during the second test win over Sri Lanka, Cricket Australia said on Thursday.

Kane Richardson will take his place in the 15-man squad for the tour, which starts with two Twenty20 matches later this month and is being used a warmup for their World Cup title defence in England.

“Unfortunately, scans have revealed that Mitchell Starc sustained a substantial tear to his left pec muscle while bowling on the final day of the test match in Canberra,” selector Trevor Hohns said in a statement.

“This means he will be unavailable for the tour of India, but we will instead target a return to play for the ODI series against Pakistan in the UAE in March.”

South Australian Richardson, who shone for the Melbourne Renegades in the domestic Big Bash T20 league, is recalled for his first international series since a depleted Australia were whitewashed 5-0 away to England last year.

“Kane not only has experience playing ODI cricket for Australia, but he’s also performed well for his country when given the opportunity,” said Hohns.

Selectors have included Western Australia’s Ashton Turner after the spin-bowling all-rounder’s impressive form for the Perth Scorchers in the Big Bash.

There is no place in the squad for all-rounder Mitchell Marsh or Peter Siddle, however, with seamer Nathan Coulter-Nile recalled after missing out on the recent 2-1 home series defeat against India.

Fast bowler Billy Stanlake has also been omitted from the squad that lost to India.

In Hazlewood’s absence, paceman Pat Cummins has been promoted to vice-captain under regular skipper Aaron Finch.

Wicketkeeper-batsman Alex Carey is the second vice-captain in the squad.

Western Australia opening batsman D’Arcy Short has been included in the squad as cover for Shaun Marsh, who is recovering from a hamstring strain and is not expected to be available until the third ODI in Ranchi on March 8.

Australia head to India hoping to reverse a dreadful run of form, with the world champions having lost their last six ODI series since beating Pakistan at home in January 2017.

After India, they will play Pakistan in an away ODI series before heading to England ahead of their World Cup opener against Afghanistan on June 1.