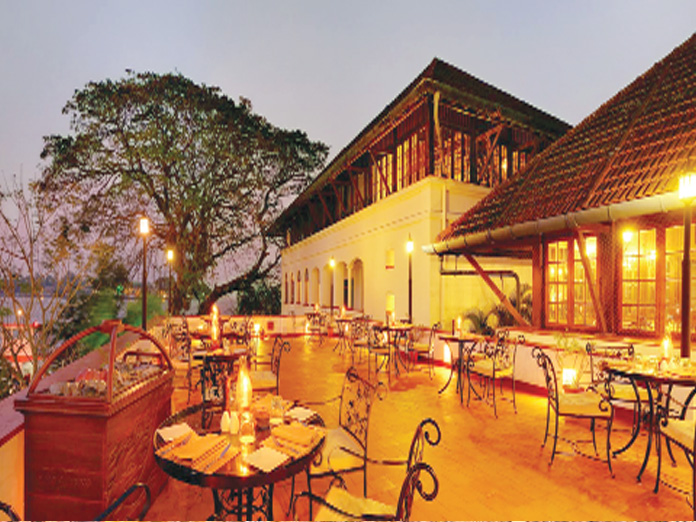 If you are someone who enjoys history and is equally fascinated by the oldworld charm and architectural opulence, we have the right places for you to tick off From a charming mansion on a hill to cosy cottages and transformed governor residences, here are some alluring colonial hotels in India that will take you back on an enthralling journey and give you a glimpse into the lives of the leaders,

If you are someone who enjoys history and is equally fascinated by the old-world charm and architectural opulence, we have the right places for you to tick off. From a charming mansion on a hill to cosy cottages and transformed governor residences, here are some alluring colonial hotels in India that will take you back on an enthralling journey and give you a glimpse into the lives of the leaders, governors and ambassadors

Lymond House, Ooty
Standing as the testimony of the British era, Lymond House spells of old-world charm. Dating back to 1855, the mansion was owned by a British gentleman who was enamoured by Ooty. Even 150 years later, when guests from all over the world pay a visit here, they can experience the love for the pictorial hill town with the elegance of the bygone days at the heritage hotel.

Brunton Boatyard - CGH Earth, Kochi
Brunton Boatyard is situated in the same place where Victorian shipbuilding yard once existed. This heritage hotel takes its guests on a journey back in the 19th century as the hotel maintains the colonial look. The hotel’s interior is inspired by Dutch, Portuguese and English style.

Chettinadu Mansion, Karaikudi
Built in 1902, the beautiful Chettinadu Mansion in Karaikkudi boasts stunning architecture, Italian marble flooring and classic wooden furnishings. The largest of 3,000-plus mansions across 72 villages, Chettinadu is the perfect place to explore the fascinating UNESCO Heritage homes of wealthy, late-19th-century traders and financiers who covered Southeast Asia.

Oberoi Cecil, Shimla
From a modest beginning in 1883 as a one-storied house, with its famous inhabitant- Rudyard Kipling, the hotel found its place on all itineraries of those visiting Shimla. In the days of British Raj, it acquired quite a reputation, having hosted famous balls, dance shows, gala dinners and more. Equally fascinating is the tale of Mohan Singh Oberoi, a diligent worker at Cecil, who rose to ranks and ultimately went on to own the hotel. After extensive renovation from 1984 to 1997, Cecil was restored to its past glory.

Windamere Hotel, Darjeeling
Established in the 19th century as a cosy boarding house for bachelor English and Scottish tea planters, it was converted into a hotel just before the outbreak of the Second World War. Well known to sophisticated travellers around the world over, Windamere is famous for its unique ambience and charm and has been the subject of many leading stories in the international media. Windamere, the original "Heritage House of the Himalayas" is situated on Observatory Hill, a Darjeeling landmark, believed to be the focus and repository of life-enhancing cosmic energies.

Tripura Castle, Shillong
The royal Tripura Castle was built in the early 1920s, as a summer retreat for the royal family of the Manikya dynasty. The Maharaja of Tripura had fallen in love with Shillong and wanted to enjoy the bliss. His home is the epitome of the romance of the royal king with the beauty. It is said that Rabindranath Tagore, the Noble Laureate had often stayed in the castle and enjoyed the hospitality of the Manikyas. Nestled atop a hill, spread over 9 acres of green, the luxury resort is a charming reminder of the olden days.