Huawei asserted its design credentials with a device that folds without a gap to a very reasonable thickness of 11mm while measuring just 54mm when...

Huawei asserted its design credentials with a device that folds without a gap to a very reasonable thickness of 11mm while measuring just 5.4mm when opened up. With minimal bezels around the screen and a triple camera system integrated into a grip on the side, the Mate X looks like a terrific first draft for our foldable phone future.

The Mate X up close at MWC, the way demonstrator was handling was most impressive. There was no white-gloves tenderness while handling the device: he unfolded and folded the Mate X quickly and naturally, there was no sense of fragility about the slate. The Mate X stood out to be perfectly flat when folded up. Though there was a bit of unevenness where the hinge resides, those don’t seem like deal breakers. 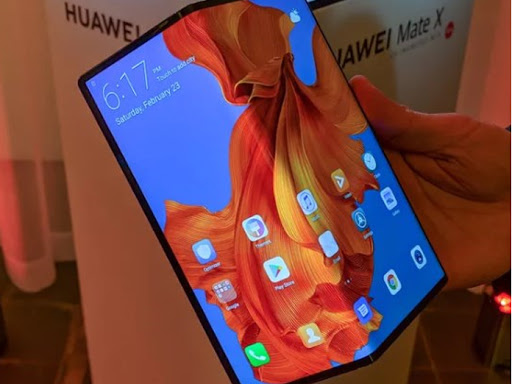 With a release date sometime around June priced at €2,299, the Mate X is a distinctly premium, distinctly of-the-future device. Being made by Huawei, it’s not going to be sold in the United States at all. Which means that the best foldable so far has many hurdles to overcome before it’s affordable for everyone, but the movement toward our foldable future has started.

The Mi Mix 3 is a fantastic device with the best hardware available. It's got Qualcomm's current Snapdragon 845 chip. The Android experience is very similar to iOS, but it's for sure Android. By default, the Mix 3 uses onscreen buttons, but you can switch it to a gesture-based control like iOS -- to exit an app swipe up, to go back or forth swipe the sides, and to bring up all the currently open apps on the phone just swipe and hold for a while. 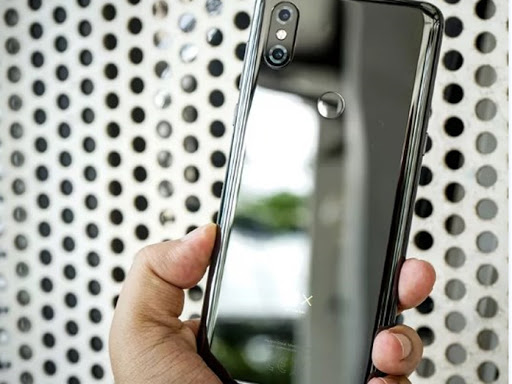 Mix 3 survived after a day of use thanks to its 3,200-mAh battery, the phone easily lasted 17 hours and 48 minutes. The Mi Mix 3 delivers similar performance to other Qualcomm Snapdragon 845-powered phones, as one can see from our benchmark testing graphs below. After trying out games such as Asphalt 8, Marvel Strike Force and even Maplestory Mobile and felt the experience to be pretty smooth.

Xiaomi’s Mi Mix 3 5G is ahead of all today because of its top spec and highly reasonable price of €599.

It is an empirical fact that the new LG G8 ThinQ is absolutely stunning in red. LG is also first to video portrait mode, having the Snapdragon 855 chipset. It clicks what you like about portrait mode for photos and applies the same background blurring effect for less distracting video. The configuration of the LG G8 is 128GB of internal storage with 6GB of RAM, expandable memory with a microSD card slot. That is higher than 64GB of storage in the LG G7. If you’re an audiophile the 32-bit Hi-Fi Quad DAC also makes it a good value. 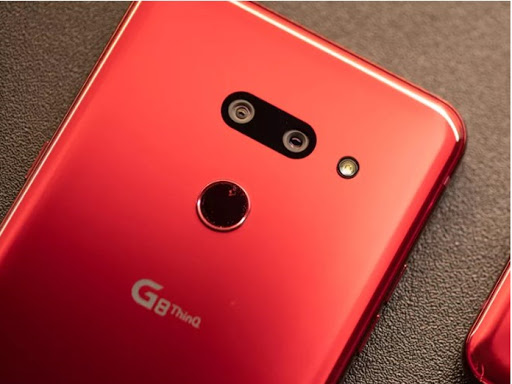 The real innovation is LG G8 has no top speaker hole, and its vibration gives a wider source of audio via a seamless screen. It’s a novel idea found in LG’s high-end OLED TVs. The screen is also used as a speaker, which contributes to an audio system that is considered to be the best in the mobile world.

No phone at MWC combined basics and aesthetics when compared to the Punkt MP02. This black slab does phone calls, text messages, alarms, and little else. The MP02 is the phone for people who want to escape the barrage of notifications and alerts tugging at their attention. Its basic UI concept is to eliminate the ever-present indicators even for fundamentals like signal strength or remaining battery, with the idea that “if there’s no indicator, everything is fine.” It’s relaxing just to contemplate that idea.

Using the T9 keyboard. It was an amazing throwback to days gone by, and I can see all those longtime holdouts still using original Nokia from a decade ago being tempted by this $349 upgrade. The Punkt MP02 even has a 4G connection for VoLTE calls and tethering to connect the noisier devices in your life up to the internet.

5G for sure will change our lives in more meaningful and instant ways when compared to foldable devices. It’ll be established soon, and it’ll change us into even bigger mobile data consumption addicts. But it’s not ready. Companies like Qualcomm are straight up lying to people when they emblazon the words “5G is here today” on the side of their MWC stands. At the show, everyone is pretending to be ready for 5G, and they’re obviously not.

LG’s V50 is more or less a V40 adapted for 5G, and LG is open about the fact that it won’t start selling the V50 until a 5G network gets off the ground in either the United States or Korea. Xiaomi retrofitted 5G into its Mi Mix 3, Samsung made an XXL Galaxy S10 to provide accommodation to all the necessary 5G antennas, and Motorola’s 5G Moto Mod is a fat block that you slap onto the back of the existing Moto Z3. We’re still a few months away from truly original 5G phone designs, never mind the fact that fully functional networks with meaningful coverage are still a promise rather than a reality.

Foldable phones are not our present but certainly might be our future. You will like LG’s pragmatic approach with its new Dual Screen for the 5G-equipped V50. Instead of asking more of $2,000 for a foldable, LG is offering V50 buyers the option of buying a second screen. A folio case with a 6.2-inch display built into it will furnish the company’s upcoming flagship phone with similar multitasking capabilities as a foldable of 7-point something-inch but at a much sensible cost. With foldable, to make the effort worthwhile LG has to do a good job of the software. But if someone is trying to cram as much screen as possible into their pockets without breaking the bank should check this out definitely.

A smartphone stands out and competes through its camera performance, which has become very tough in recent times because universally smartphones are now almost perfect to great at clicking photos. You need to go to extremes, and the extreme where HMD is found, the company manufacturing phones under the brand Nokia.

There are five 12MP sensors behind the device. Out of these five, two sensors are full-colour and other three are monochrome for better black-and-white photography. The five cameras offer depth map of 12 MP. Nokia 9 all the five cameras work at the same time. This is possible with the technology Light’s Lux Capacitor camera control chip deployed by HMD Global.

This makes the Nokia 9 stand out of the crowd at first glance. This handset is likely to become yet another iconic design from the brand that also gave us the Lumia 1020, Nokia N9, and other unforgettable phones.

The trend for sleek and slim phones has many detractors, and Avenir Telecom, the company selling Android mobiles under the brand Energizer, has decided to confront them.

The Energizer Power Max P18K pop is more a battery with a phone in it than a phone with a big battery. It’s so much about the battery, in fact, that this chunky unit has camera bumps and no headphone jack. Because there is no internal space to waste on such things when there’s more battery to have.

We thought phone cameras were great except for only a few of things like night photography and zoom. Last year Google fixed the night problem with its Night Sight. Now at MWC 2019, Oppo did its best to rectify the zoom problem, by making use of a clever periscope-like system. After trying a prototype device that could scale the level of optical zoom from 16mm to 160mm (in 35mm-equivalent terms), and it worked as assured. Don’t know how good the image quality will be from the final retail device that will feature this camera system, but in June 2019, we’ll have a chance to figure out.

The Nubia Alpha at IFA last year, and after a few months of tweaks and improvements, the device made an entry to MWC for its proper retail launch. Think about how purposeful and minimal the best designs are, how they make use of only the necessary physical apparatus to get the job done and nothing else. The Alpha is the literal opposite of that.

This wearable smartphone has a huge bracelet that looks and feel more like one half of an oversized pair of handcuffs. Surrounding its 4-inch display it’s got big thick borders. The display has no reason to be as long as it is, and the user gains nothing from the increased screen real estate, due to the weird aspect ratio. This is a gadget that exists exclusively for the sake of being new and different and anyone lost in thought whether to spend the minimum price of €449 should perhaps think about an Apple Watch, a Withings Steel HR Sport, or literally anything else that fits on a wrist first.

There’s no disputing the fact that, when the history of foldable is written, the Huawei Mate X will loom large. For its transformative and symbolic powers as a brand halo device and as an Android innovation ambassador the Huawei Mate X deserves the title of being both the most important and the most impressive device of Mobile World Congress 2019.

Growth slowdown in India appears to be temporary; momentum to...