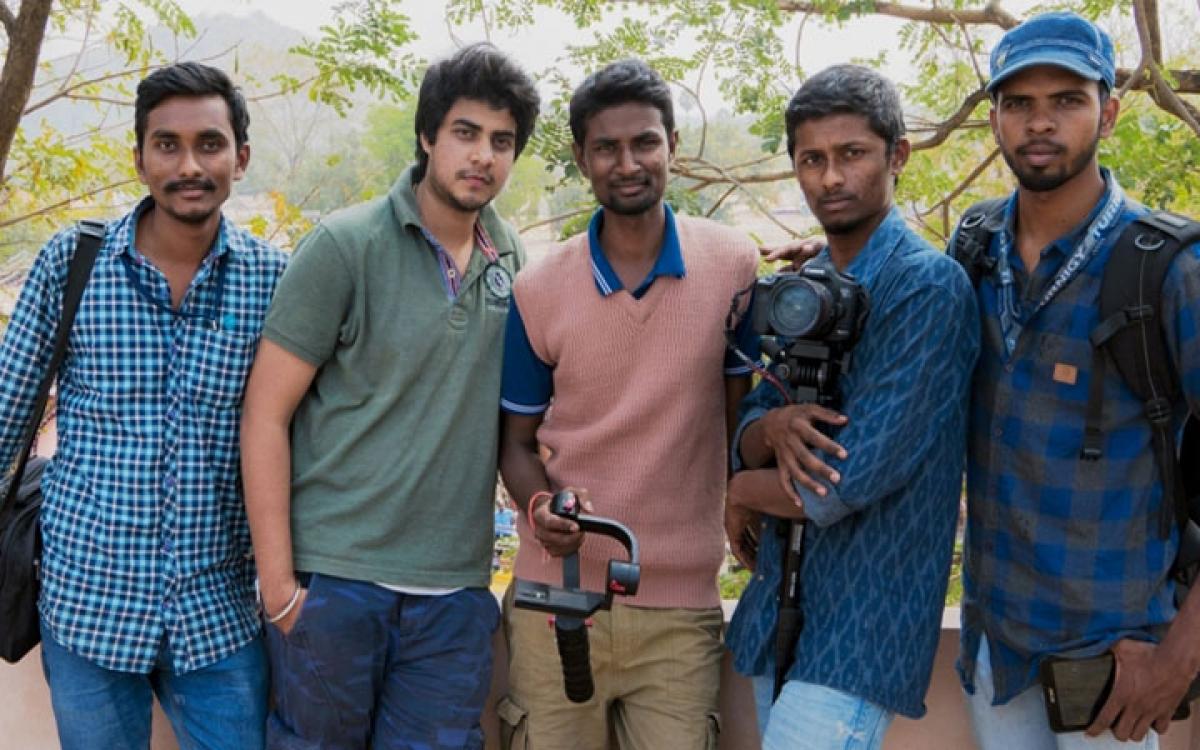 Many enthusiasts are coming forward to make the historic Medaram Sammakka Saralamma Jatara, taking place for the first time in separate Telangana State, a memorable event by shooting documentaries and developing mobile apps.

A group of five youngsters have filmed a documentary titled ‘Welcome to Medaram’ on Sammakka Saralamma Jatara to popularise the event across the globe. They shot a five-minute documentary covering the length and breadth of Medaram village.

They filmed the documentary with six cameras including a camera fitted to a drone for aerial shots presenting panoramic view of the village and Sammakka Saralamma Gaddelu (altar). The documentary is filmed on the banner of ‘Warangal Cinemas’.

The short film is produced by Bharath Ramineni and directed by Sadhu Punnamchander while Srikanth Reddy, Shravan and Himanshu Sanhi are the cameramen. The short film is scheduled for release on February 10 by District Collector V Karuna.

‘The Sammakka Saralamma Jatara is a unique event in many aspects and we wanted to document it for the future generations and to spread it among the masses. Our effort is to present a picturesque view of the Jatara,’ they told The Hans India here on Monday.

This is our contribution to the historic event and it would be uploaded on ‘YouTube’ after its release on Wednesday. The documentary consists of beautiful shots filmed during night time and it would definitely give an engrossing experience to those who watches it, said Bharath and Punnamchander.

They further informed that they are planning to film the entire proceedings of the Jatara during February 17-20. The team is preparing to obtain permission from the district administration and the police for the purpose.

‘The arrival of deities to the Gaddelu and their ‘Vanapravesham’ and the sea of humanity present to witness the events could be possibly a magnificent theme for a documentary,’ they added.

It might be noted that the district police have already launched an android-based mobile app and a 3D animation video to help the devotees. Hanamkonda-based software firm Kakatiya Solutions has also developed an android mobile application called ‘Medaram Jatara’.