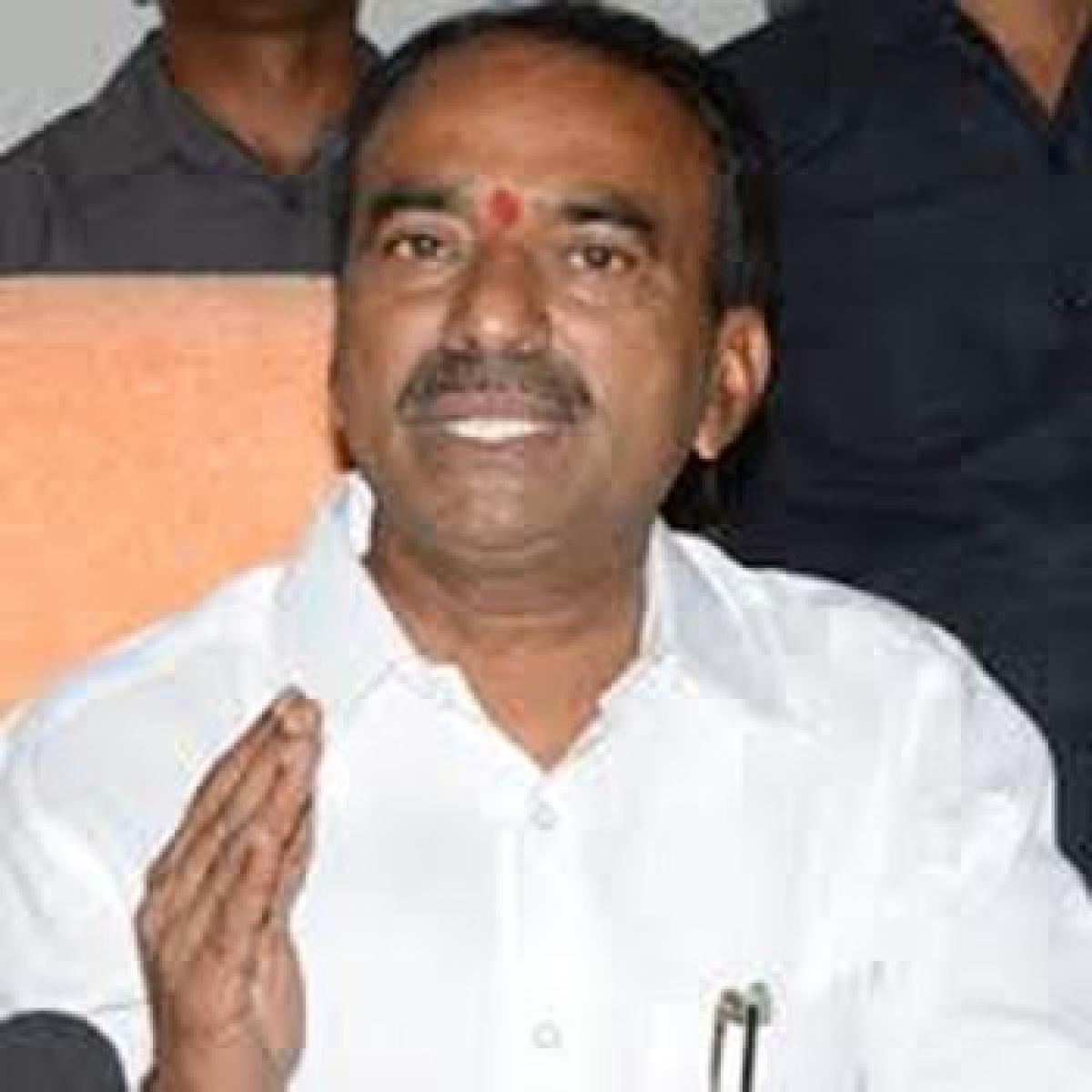 The Telangana government has so far spent 86.5% of the budget for 2015-16, said Finance Minister Eatala Rajender adding that the percentage could increase further. Replying to the debate on the state\'s budget for 2016-17 in the Legislative Assembly on Saturday, Eatala said that no state in the country spends 100% of the budget allocation.

Hyderabad: The Telangana government has so far spent 86.5% of the budget for 2015-16, said Finance Minister Eatala Rajender adding that the percentage could increase further. Replying to the debate on the state's budget for 2016-17 in the Legislative Assembly on Saturday, Eatala said that no state in the country spends 100% of the budget allocation.

He said even in the erstwhile united Andhra Pradesh the average spending during the last 10 years was between 67-88 per cent. Stating that his government will silence the entire Opposition by spending entire budget of Rs 1.30 lakh during 2016-17, the Finance Minister rebutted the Opposition claim that the state has been pushed into debt trap.

He said the public debt was only 16 per cent of the total GSDP, which is lower than AP and many other states in the country. Replying to the debate on the budget proposals in the Assembly, Eatala said the debt in 2015 was Rs 83,846 crore whereas in Andhra Pradesh, the debt burden was nearly 21 per cent of the total GSDP. Similarly, Karnataka, Goa and other states were also facing more debt burden when compared to Telangana, he said.

Eatala said as per the report of the Auditor-General, by December 2015, an amount of Rs 66,465 crore was spent. He said since the report on last quarters is usually delayed and State Government spends about 30-42% funds during this quarter, he said the overall spending percentage for 2015-16 would be much higher. He said based on the experience of previous two years, realistic budget was allocated for each department.

The Finance Minister claimed that there has been a significant increase in the state's revenue by nearly 20% this year.
During October to December, the Excise Tax collection was Rs 1129 crore, Transport Tax was Rs 614 Cr and Stamps & Registration generated about Rs 759 crore. He said similar revenues were expected during the financial year 2016-17. He said that the State has witnessed a good growth rate despite drought and adverse seasonal conditions during the last two years.

Eatala said Telangana ranks top in the welfare sector too. He said that the previous regimes have spent very meager amounts for the welfare of Scheduled Castes, Scheduled Tribes, Backward Classes, Minorities and Women & Child Welfare programmes. Furnishing the figures, he said that the previous Congress government had spent only Rs 2500 crore on these sectors during 2010-11.

In the last year of its governance in 2013-14, the Congress government had spent only Rs 4091 crore on the welfare sector, he said, adding that the budget on welfare has been increased to Rs 16,169 crore in the financial year 2016-17.The Finance Minister said immediately after formation of Telangana, the TRS government had spent Rs 4035 crore on these sectors during 2014-15.