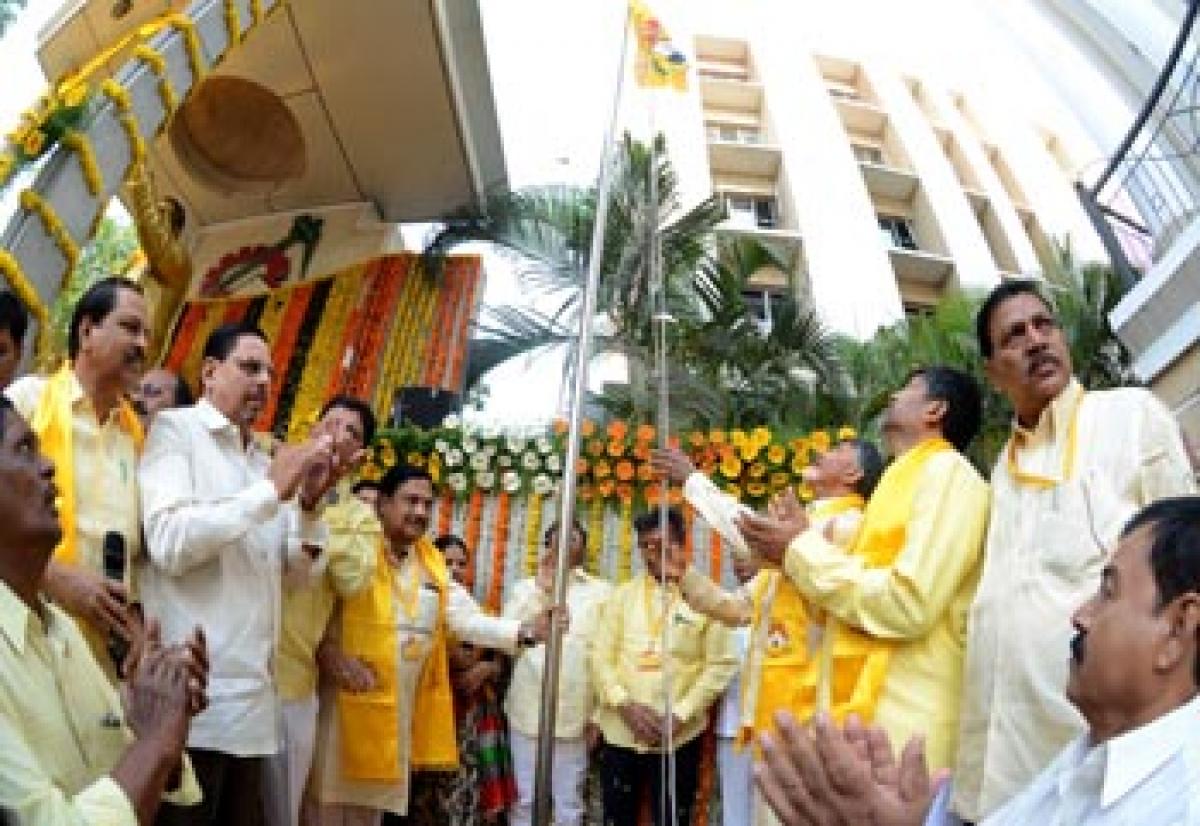 The 35th formation day of Telugu Desam party (TDP) was celebrated at the NTR Trust Bhavan here on Tuesday.

Hyderabad: The 35th formation day of Telugu Desam party (TDP) was celebrated at the NTR Trust Bhavan here on Tuesday. Party national president and Andhra Pradesh Chief Minister N Chandrababu Naidu hoisted the party flag and wished party leaders and activists on the occasion. Naidu also cut a cake on the occasion in the presence of Telangana TDP leaders, including L Ramana.

Speaking on the occasion, Chandrababu Naidu said the party workers had worked hard and their immense contribution during its 34-year journey made the party stronger despite many hurdles and problems. The party always recognised the contribution of its workers and worked for their welfare, the TDP supremo said. Recalling the services of party founder late Nandamuri Taraka Rama Rao, Chandrababu Naidu said Rama Rao would be remembered till the Telugus existed.