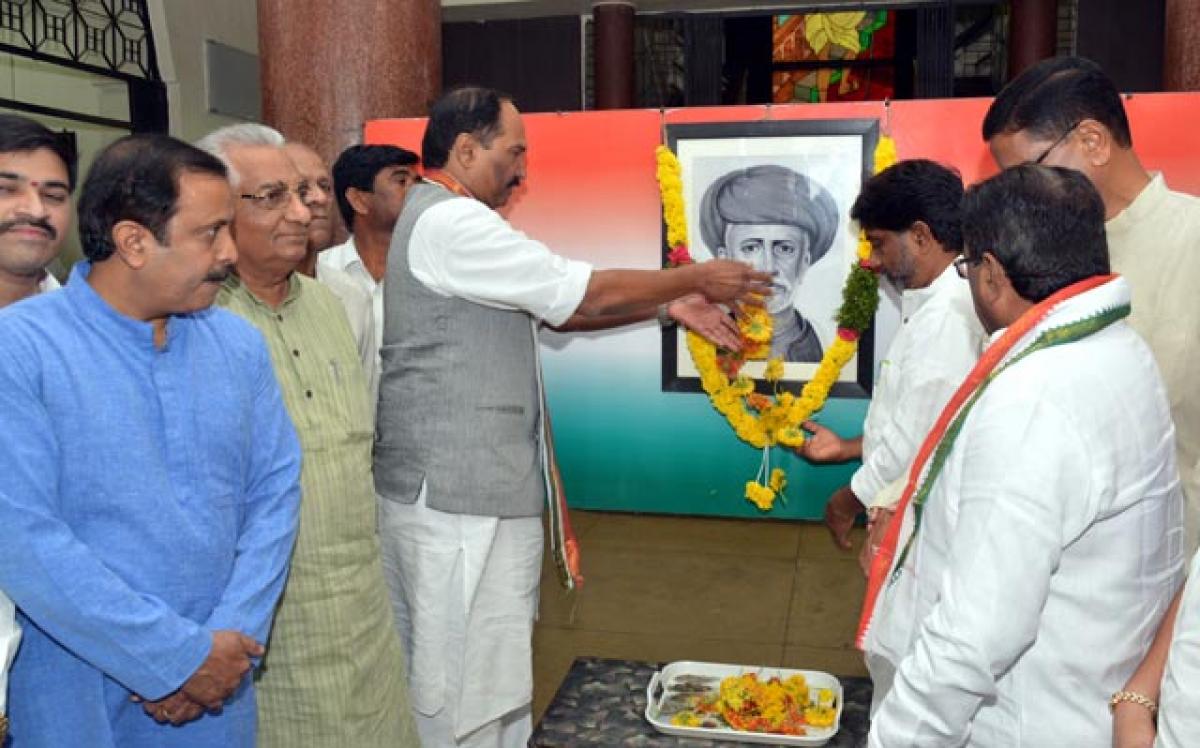 Hyderabad: Telangana Pradesh Congress Committee chief N Uttam Kumar Reddy alleged that the TRS government is neglecting the welfare of Backward Classes in the State. Speaking after paying rich tributes to legendary social reformer Mahatma Jyotirao Phule on his 190th birth anniversary on Monday, Uttam Kumar Reddy said that the TRS government has completely ignored the Backward Classes and did not fulfill even a single promise that it made during elections.

However, the government did not spend even 70 per cent of the allocated funds in 2014-15 and 2015-16. Even the overall funds allocated for the BC welfare in the last three budgets is only Rs 6,732 crore, Uttam Kumar Reddy said. "The government has spent not even Rs 5,000 crore for BCs. Therefore, the government must give an assurance of spending remaining Rs 20,000 crore in the next two budgets," he demanded. From this year onwards, Rs 1,000 crore should be allocated to the BC Corporation, he added.

Uttam Kumar Reddy also slammed the government for not introducing BC sub-plan. He said that the TRS leaders have given repeated assurances over introduction of sub-plan for BCs and Minorities. However, the proposal was not even discussed during last three budget sessions. "KCR had spoken for over 11 hours in Assembly and Council during the last budget session. But he did not speak for even 10 minutes on the promises that he made with the Backward Classes," he said.

The TPCC chief said that real tributes to Mahatma Jyotirao Phule could be paid only by ensuring the growth and development of BCs in Telangana. He assured that the Congress party would expose and fight against the anti-BC policies of TRS government.