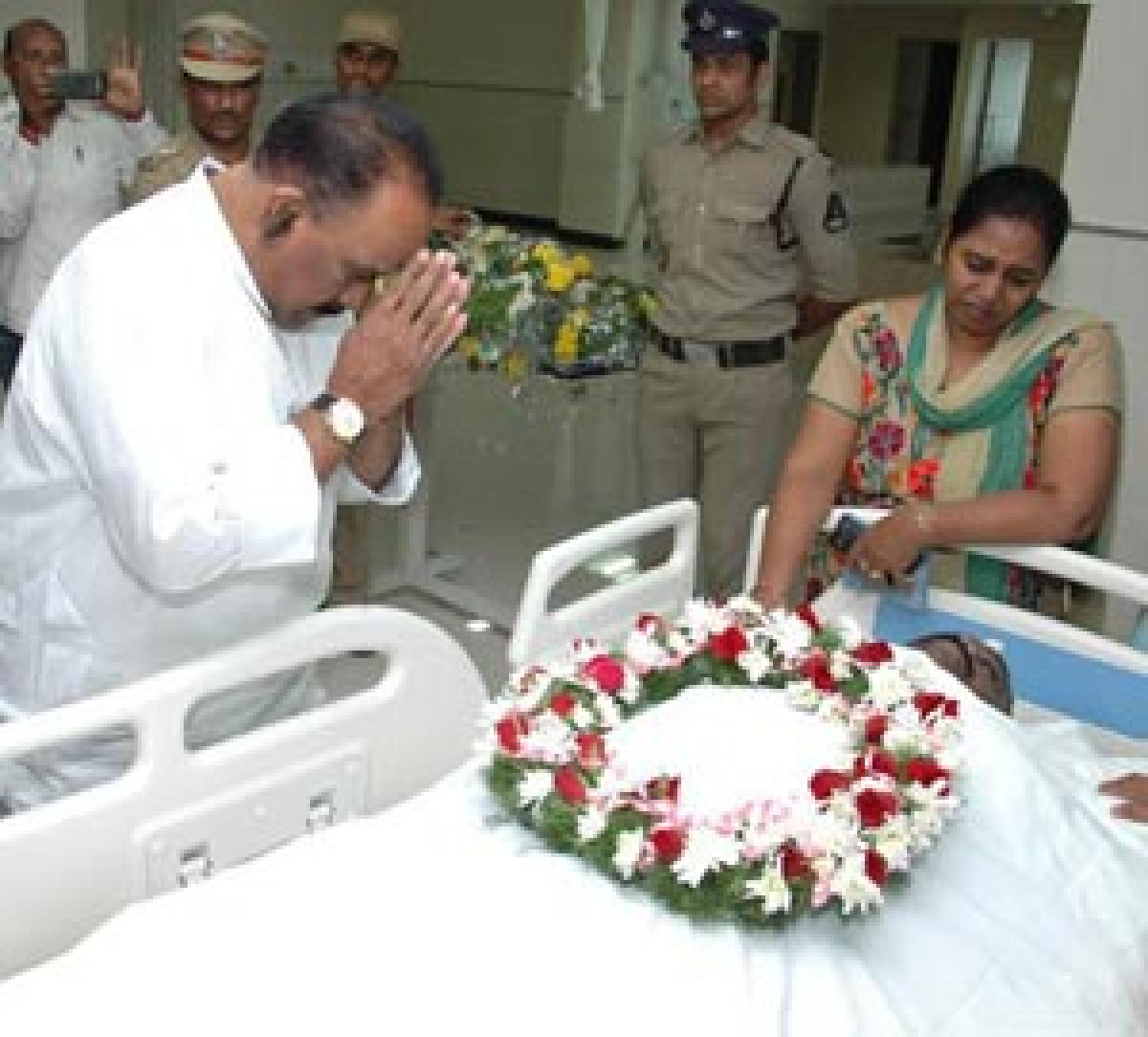 A CRPF Deputy Commandant, who suffered severe IED splinter injuries and had slipped into coma for a month after an anti-Naxal operation in Chhattisgarh\'s Sukma district, on Tuesday died at a hospital in Hyderabad.

Hyderabad: A CRPF Deputy Commandant, who suffered severe IED splinter injuries and had slipped into coma for a month after an anti-Naxal operation in Chhattisgarh's Sukma district, on Tuesday died at a hospital in Hyderabad.

The officer, B K Shyam Niwas, had been under intensive care of doctors due to grievous injuries on his head during an operation that took place on March 11. "After showing signs of recovery, he eventually succumbed to injuries at around 8.30 am with his family by his side at a hospital in Hyderabad," a senior officer of the paramilitary said.

The 45-year-old Niwas, a veteran of numerous successful anti-Naxal and counter-insurgency operations, is survived by his wife, a teenaged daughter and son. He was airlifted after the blast from Sukma to Bhadrachalam and subsequently to Hyderabad.

The officer, hailing from Keshogiri in Ranga Reddy district of Telangana State, had joined the country's largest paramilitary in 1993 as a Sub-Inspector and rose through the ranks by way of getting out-of-turn promotions by the sheer dint of his daredevil exploits in operations. CRPF Director General K Durga Prasad described the slain officer a brave and gallant commander.