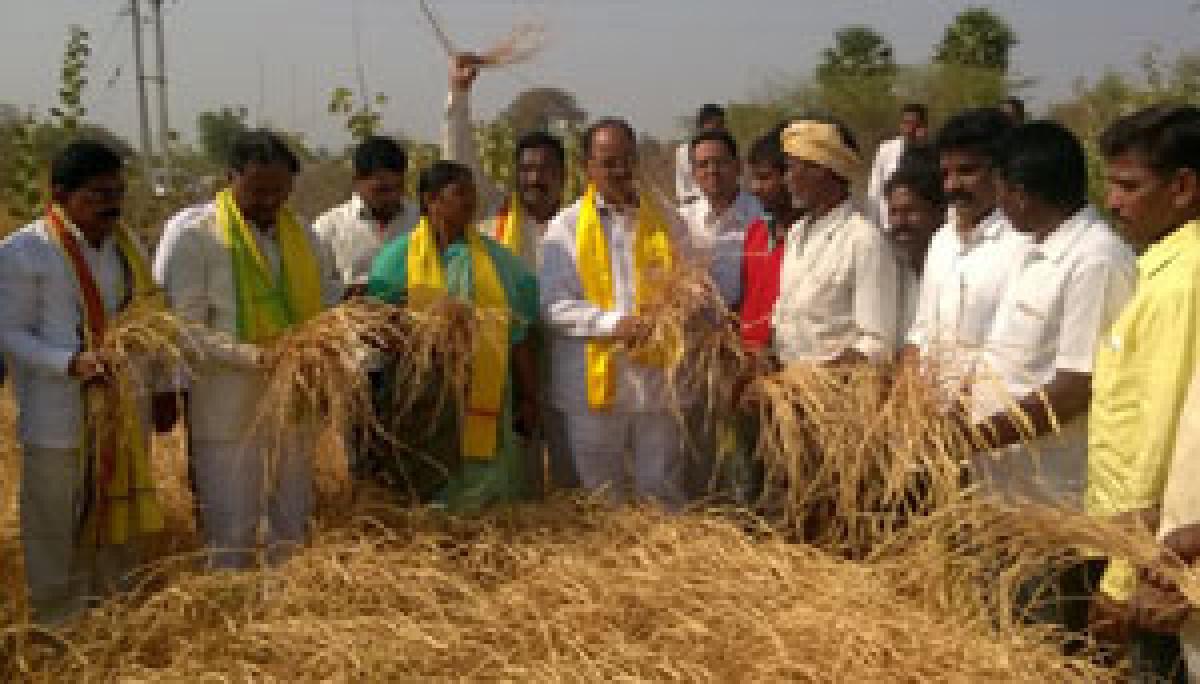 Dharmasagar (Warangal): The Telugu Desam Party leaders here have demanded that the State government should declare the entire Warangal district as drought-affected.
A delegation of the party comprising senior leaders R Prakash Reddy, district president G Satyanarayana Rao, Seetakka, leaders P Ashok Kumar, K Raju, Lakshman Naik and others visited Pisara village of Dharmasagar mandal in the district on Tuesday.
The visit was conducted to study the drought conditions prevailing in the villages and the measures being taken by the government to redress the situation. The TDP leaders interacted with the farmers and villagers in the mandal.
During their interaction, several farmers complained to the visiting leaders that bore-wells have dried up due to fall in ground water levels. In addition to that, there was shortage of power as well to pump water from the wells where scanty water was available.
Speaking to the media on the occasion, Prakash Reddy and Seetakka alleged that the TRS government has failed to assess the drought situation and launch proper measures to tackle the situation. The government was making tall claims on addressing the issue but there was no implementation on the ground. Though drought conditions were prevailing in the entire Warangal district, the government declared only 11 mandals as affected to play down the issue, the Telugu Desam leaders alleged.
“At least now the government should respond start relief measures to address drought. The government should offer one-time waiver of all outstanding crop loans taken by the farmers. The phased manner of waiver crop loans would not benefit the farmers,” said Prakash Reddy.