Should students suffer for your apathy, SC asks Telangana 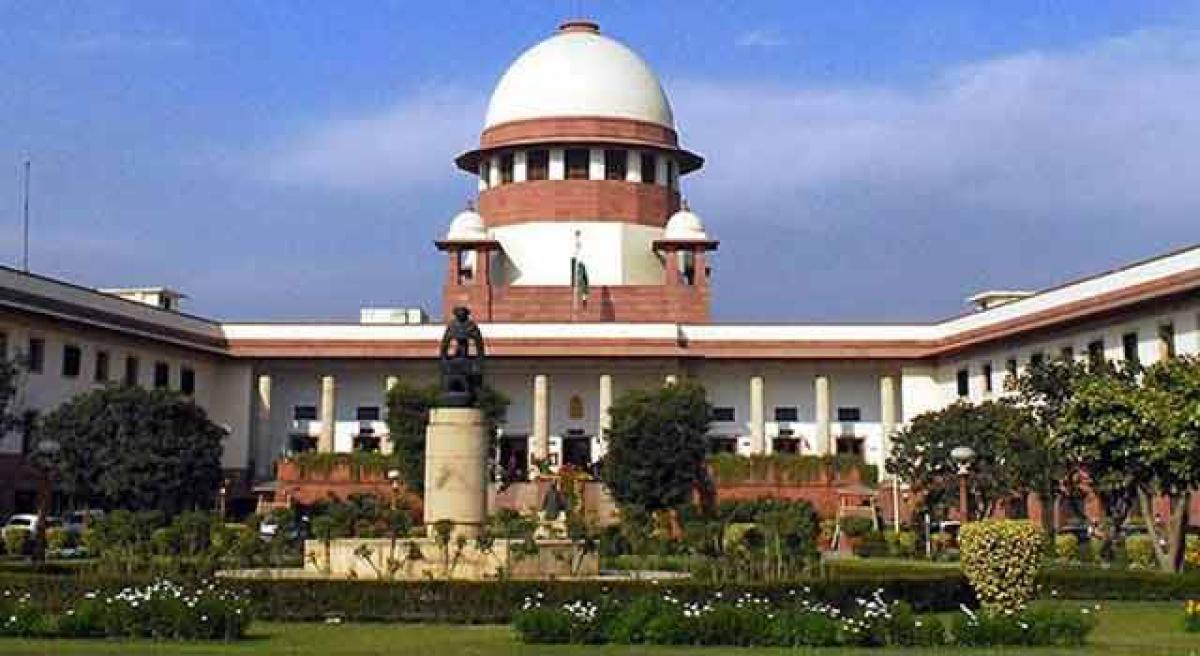 The Supreme Court on Tuesday expressed anguish at the negligence of school education by the Telangana government despite tall claims.

New Delhi: The Supreme Court on Tuesday expressed anguish at the negligence of school education by the Telangana government despite tall claims.

The Supreme Court said, "Is it not the duty of the government and its machinery to ensure that the Right to Education guaranteed by the Constitution be enforced with all sincerity? Should the students of government schools suffer due to the apathy of the government or administration?”

The Supreme Court was dealing with a case pertaining to a petition against the lack of teaching staff and infrastructure in some government schools in Telangana.

The parents committee which impleaded in the case pointed out that several government schools had no teachers at all forcing students to opt out of seeking admissions into the same in rural areas of the Telugu States.

A bench of the Supreme Court headed by Justice Dipak Mishra had earlier sought the response of the two governments. When the amicus curiae appointed in the case, Ashok Gupta, pointed out to the bench that the Telangana government had submitted in writing to the court that in all 398 schools had gone without any new admissions last year owing to the problem, the bench was furious.

Terming such schools as "lifeless bodies", the bench expressed shock at the state of affairs in the government schools in Telangana. Seeking to know why not a single student was interested in gaining admission into these schools, he asked the amicus curiae to tour Telangana and file a status report on the condition of the government schools considering all aspects within four weeks to the bench.

He also directed the lawyers of the petitioners (parents committee in this case) to work closely with the amicus curiae to help him out in the task. Creating basic infrastructure in the schools was the primary responsibility of the administration and there could be no defense of this criminal negligence, he observed.

When Government Pleader Vishwanadh Shetty argued that the government had no intention of closing down the schools and that it had undertaken all measures to recruit teachers before June 30 this year and sought lenience as Telangana was a new State, the bench differed with the same.

"Not one school was closed down in my village. It seems the administration is not interested in encouraging students to flock to schools. Every village must have schools, proper schools with teachers and other infrastructure", Justice Mishra opined.The Right to Education was a Constitutionally-guaranteed assurance and it must be ensured by the government and its machinery at any cost, he said.

The amicus curiae was appointed when the parents committee approached the apex court complaining about the lack of teachers and infrastructure in the government schools. Lawyer Sravan Kumar appeared for the petitioners.