Tributes pour in for Dr. Ambedkar on 125th birth anniversary 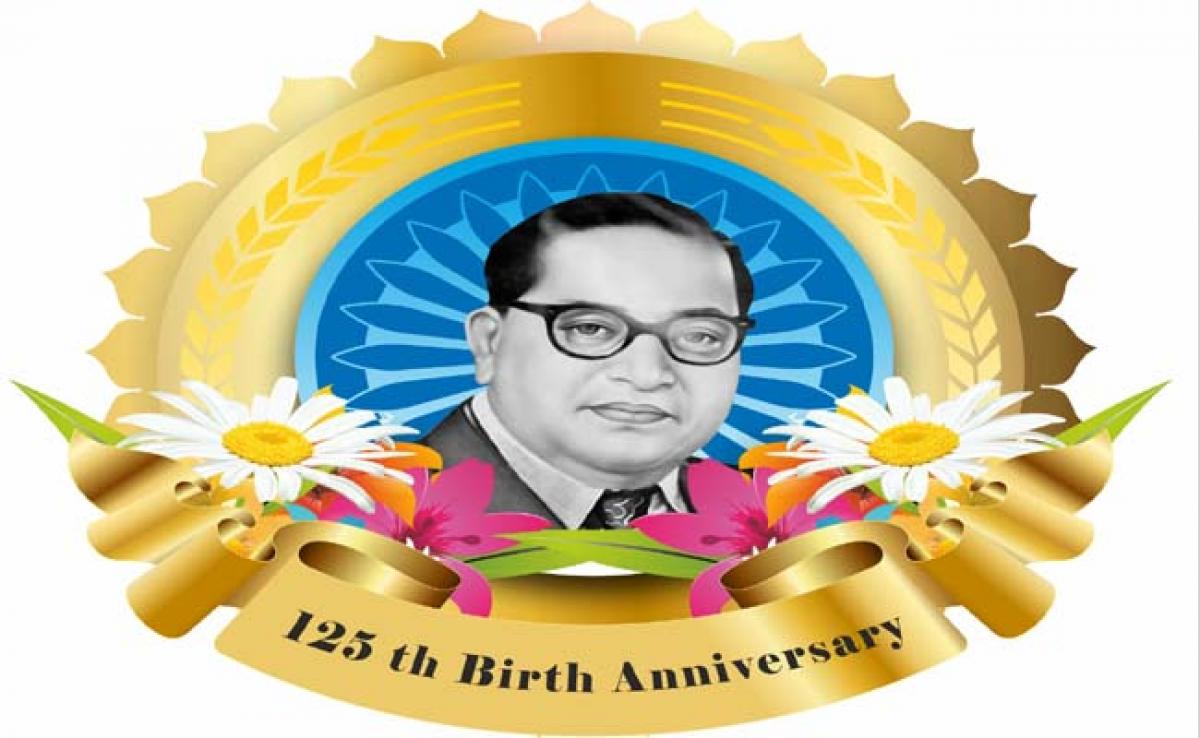 With TRS government making elaborate arrangements for the celebration of Ambedkar’s anniversary, Chief Minister K Chandrasekhar Rao paid his tributes on the occasion by laying the foundation stone for a 125-ft bronze statue of Dr. Ambedkar at Necklace Road in Hyderabad on Thursday.

A ceremony was conducted on a grand scale with priests performing rituals and Vedic chants. Union minister Bandaru Dattatreya and Deputy CM Kadiam Srihari along with several other leaders participated in the ceremony. It is the first time that Ambedkar's birth anniversary celebrations are taking place on a grand scale in the state. TRS MP Kavitha and Congress leader VH Hanumanth Rao praised the gesture of the Chief Minister to build a 125-ft tall statue of Dr. Ambedkar.

Speaking on the occasion, KCR said that Telangana is indebted to Ambedkar as it because of the provisions drafted by him in the Indian Constitution, the state exists today. The Chief Minister also announced plans for 50 residential schools for Girijans and increase in foreign scholarship amount for Dalits, ranging from Rs 10 lakh to Rs. 20 lakh.