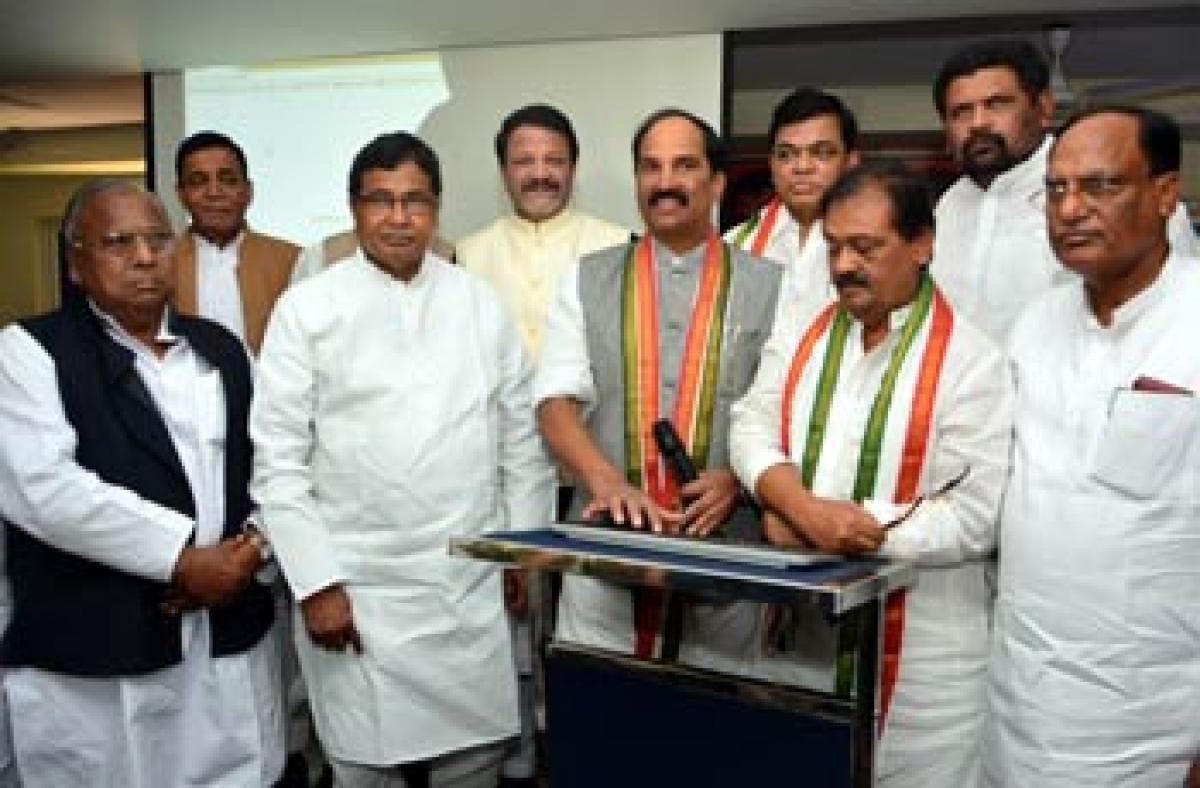 Leader of Opposition in the Legislative Council Mohammed Ali Shabbir tried to unfold some myths related to Muslim reservations in India and insisted that the community could be provided quota in jobs and education if the ruling party had a strong political will.

Hyderabad: Leader of Opposition in the Legislative Council Mohammed Ali Shabbir tried to unfold some myths related to Muslim reservations in India and insisted that the community could be provided quota in jobs and education if the ruling party had a strong political will.

Giving a detailed PowerPoint presentation at Indira Bhavan here on Tuesday, Shabbir Ali cited historical instances to claim that caste-based or religion-based quota in jobs and education existed in India much before Independence.

Beginning with the minority report, presented in the then Constituent Assembly on August 8, 1947, to the Sachar Committee, various commissions had proved the backwardness of Muslims in the country, he said adding that the Congress was always concerned about the development of Muslim community and therefore, it crossed several legal hurdles to provide Muslim reservation.

Shabbir Ali also explained the complete journey of battle for Muslim reservation in the then undivided Andhra Pradesh. He said several GOs, outcomes of several studies and the landmark decisions taken by the previous Congress regimes to finally implement 5 percent Muslim reservation was later reduced to 4 percent on High Court's orders.

He also presented statistics to prove that 4 percent Muslim quota benefitted over 10 lakh socially and economically backward Muslims in Telangana and Andhra Pradesh since its implementation in 2004-05 (except the year 2005-06).The Congress leader also elaborated on Tamil Nadu model of reservation and the Ninth Schedule. He said unlike the claims of Chief Minister K Chandrashekar Rao, the Tamil Nadu model too was not safe from legal hurdles.

He said presently, four important cases were going on in the Supreme Court which include 5 percent Muslim quota given by the Congress in 2004, 4 percent Muslim reservation, 4.5 percent OBC sub-quota for minorities announced by previous UPA-2 regime and also the Tamil Nadu's 69 percent quota, which was included in the 9th Schedule. Shabbir Ali gave the PPT presentation to mark the second anniversary of the promise made by Chandrashekar Rao of giving 12 percent reservation to Muslims in jobs and education.