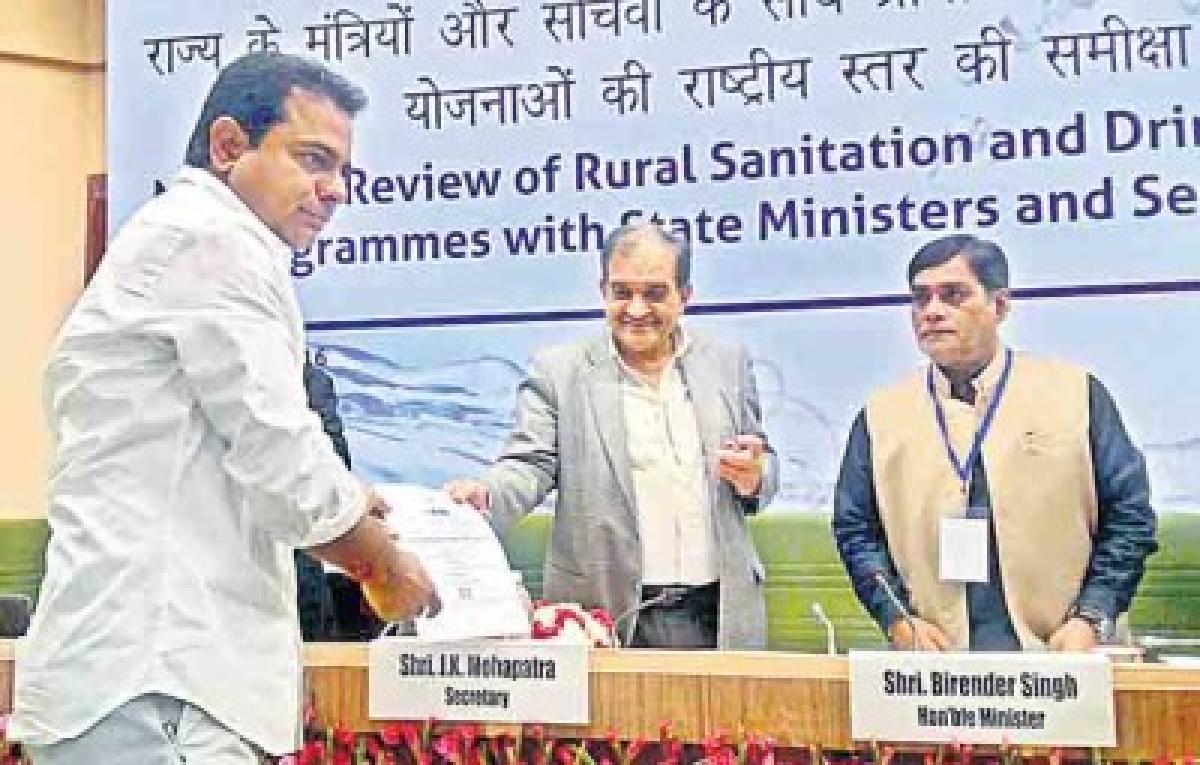 Telangana IT and Panchayat Raj minister K T Rama Rao explained the prevailing conditions in the state to the Union minister, the government stated in a release.

The minister also watched a PowerPoint presentation made on 'Mission Bhagiradha' aimed at providing tapped drinking water to every household and appreciated it, it said. The Union Rural Development Minister promised to help in mobilising funds for the project, the release stated.

According to the release the Centre provided only Rs 791 crore when Rs 3064 crore was sought for 231 drought-hit mandals, Rao said, adding only Rs 72 crore were given against a demand of Rs 555 crore for drinking water. Union minister Ramkripal Yadav was also present.