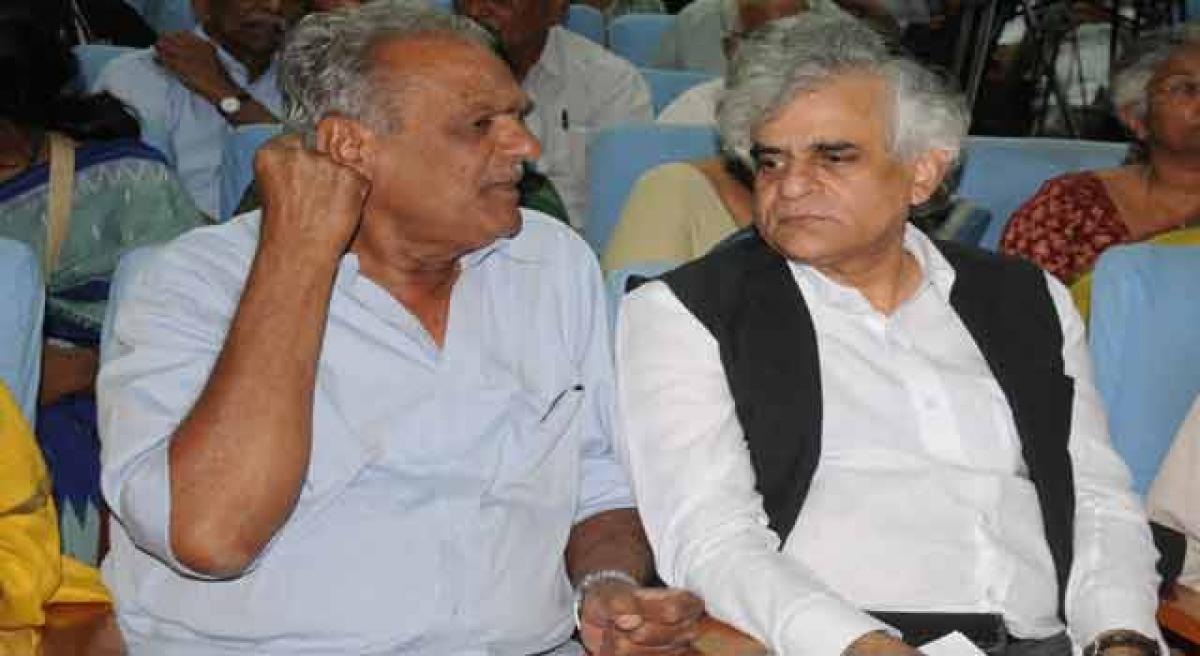 Government’s cold shoulder to MGNREGS had worsened the rural distress during the last few years and people have been pushed to the brink, said senior journalist P Sainath.

​Hyderabad: Government’s cold shoulder to MGNREGS had worsened the rural distress during the last few years and people have been pushed to the brink, said senior journalist P Sainath.

Delivering a seminar organised by Hyderabad Collective here on Thursday, he said that cutting across the major political formations, the scheme providing succour to the poor men and women of the villages.

He said that this destruction was triggered by former Union Minister P Chidambaram. “The MGNREGS was the lifeline holding together a group of people and their lives with daily earning for 100 days.

However, the current Union government has given provision to the states that it can pay MGNREGS wages lower than the state’s minimum wage. About 9-10 states are already taking advantage of this,” he said.

Sainath further said that the Union Finance Minister Arun Jaitley’s claim that this year’s Rs 36,000 crore was the highest budget allocation was factually wrong and that Rs 40,000 crore allocation was made in the first budget.

“Since the current budget includes liabilities and outstandings, it would be about Rs 26,000 crore, which is the lowest ever budget for the scheme,” he said.

Speaking on the subject of ‘media and communalism,’ the senior journalist felt that the media industry was politically free but imprisoned by profit.

He said that the media owners were the biggest beneficiaries of privatisation, as Indian multi-national companies have had put in huge stakes in the media industry in collaboration with foreign companies.

He felt that the ‘fourth estate’ has become synonymous with ‘real estate,’ as most of these media groups now own huge tracts of land. “We speak of crony capitalism, but I feel that most of the media groups have turned cronies of capitalism,” he observed.

On JNU and HCU episodes, he said that it was part of the greater agenda of the ruling party to ‘criminalise dissent.’ He lamented that the tapes of the JNU were doctored but continuous broadcasting of the material had vilified the students.

Three of the rationalists-Narendra Dabholkar, Govind Pansare and M M Kalburgi-were murdered by using same modus operandi, but the media whose hands were tied could not reach the bottom of the conspiracy.