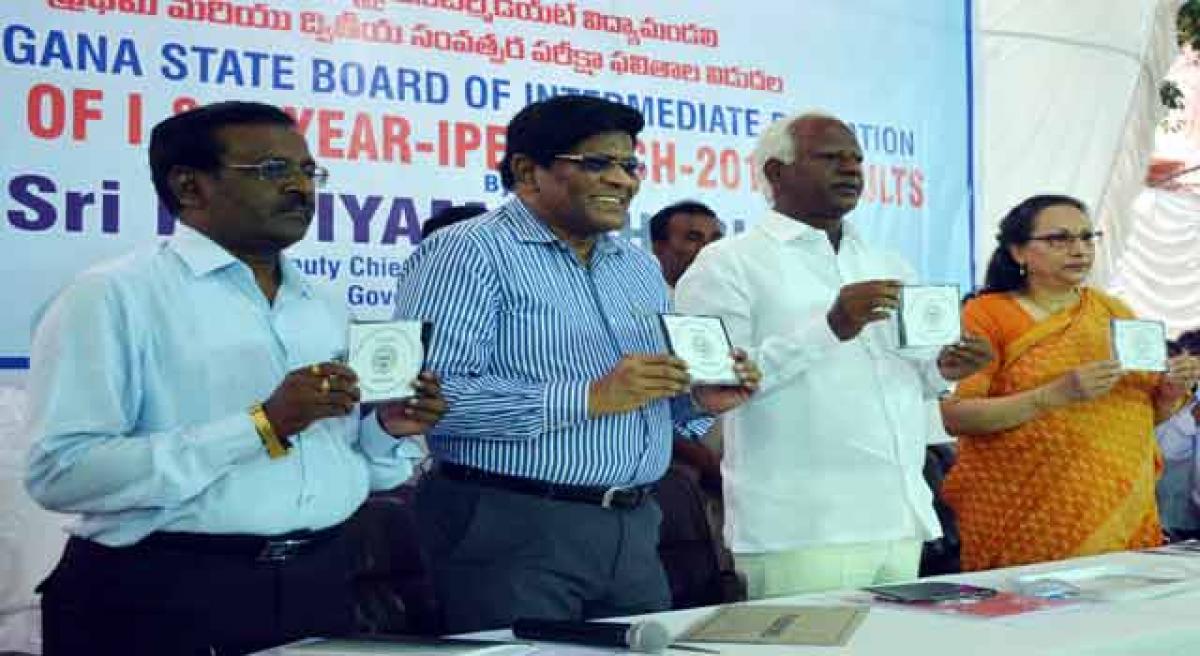 The results of the Intermediate general and vocational courses were announced by Deputy Chief Minister and Education Minister Kadiyam Srihari at the Telangana State Board of Intermediate Education. Giving private junior colleges a run for their money, government colleges in the state have outperformed in the results.

The overall pass percentage in the general category has come down by 2.07 per cent in the first year and increased by 1.54 per cent in the second year. The principals can collect memoranda of marks from the regional inspection offices on April 26.