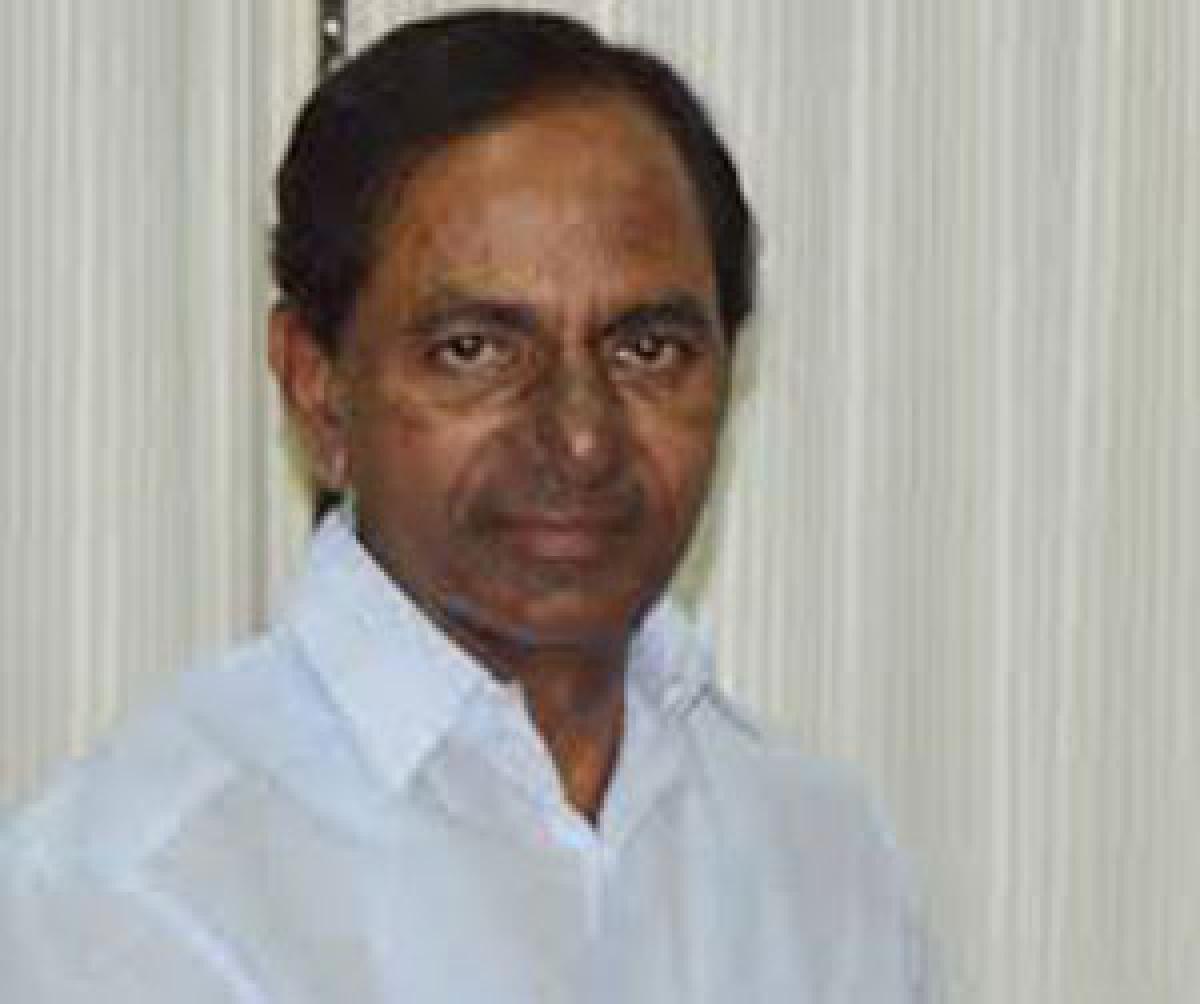 He asked the officials to complete the Narlapur pump house, Karivena, Vattem and Uddandapur reservoirs taken up under Palamuru-Ranga Reddy Lift Irrigation Project within two years.

Hyderabad: Chief Minister K Chandrashekar Rao on Sunday directed the Irrigation Department to complete the irrigation projects taken up in the drought-affected districts particularly in Mahabubnagar at the earliest.
Reviewing progress of the project works with Irrigation Minister T Harish Rao and officials at camp office here on Sunday the Chief Minister said that there is no dearth of funds for the projects as the government was releasing Rs 2,000 crore every month for irrigational purposes.
He asked the officials to complete the Narlapur pump house, Karivena, Vattem and Uddandapur reservoirs taken up under Palamuru-Ranga Reddy Lift Irrigation Project within two years.
The officials were instructed to increase the Antaram reservoir capacity to 15 TMC ft and also ensure required water supply to Ranga Reddy district. The Chief Minister also asserted coordination between the Energy and Irrigation Departments for the establishment of lift irrigation pump sets.