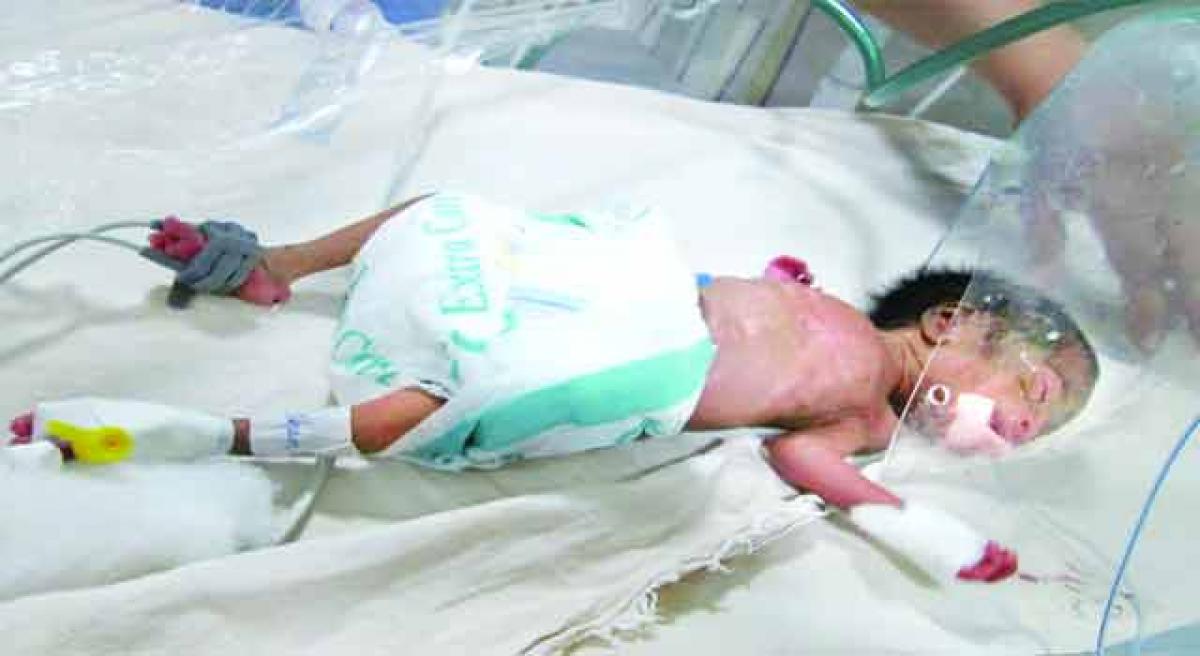 Based on the information given by The Hans India, Medak Childline and Child Welfare Committee intervened and ensured a six-day-old newborn girl child received timely medical attention.

​Sangareddy: Based on the information given by The Hans India, Medak Childline and Child Welfare Committee intervened and ensured a six-day-old newborn girl child received timely medical attention.

As The Hans India went on a visit to the Special Care Newborn Unit (SCNU) at Sangareddy District Hospital on Thursday, the case of a newborn who weighed just 720 grams at the time of birth last Saturday came to our notice.

The baby’s weight on Thursday was 640 grams. The baby was being fed mother’s milk through Gavage feeding and was being given oxygen through oxygen concentrators.

Shravya, the Medical Officer on duty was apprehensive of the possibility of the baby’s survival as the SCNU did not have full-fledged ventilator equipment like in Niloufer Hospital in Hyderabad.

When asked why the baby was not referred to Niloufer, Shravya said the baby’s parents were not heeding her advice and were reluctant to take the baby to Hyderabad as they were poor.

The Hans India immediately communicated the issue to Medak Childline activists, who reached the hospital immediately. On interacting with the baby’s mother, it turned out that the baby actually had two mothers.

Malleswari and Ramesh were married but did not have an issue for quite a long time. Realising some medical complication in her, Malleswari got her husband married to her younger sister Shamantha.

The newborn baby was the first to be born to Shamantha and Ramesh. However, because of being a girl child with low birth weight and poor chances of survival, the parents decided not to pursue the medical treatment further.

Ramesh is a shepherd with only two sheep and mostly runs the family by working as a daily wage labourer.MS Chandra, Medak Childline Director counselled both the mothers and convinced in taking their newborn daughter to Niloufer in Hyderabad. An ambulance was immediately arranged.