Kin of victims to get 6 lakh ex-gratia each 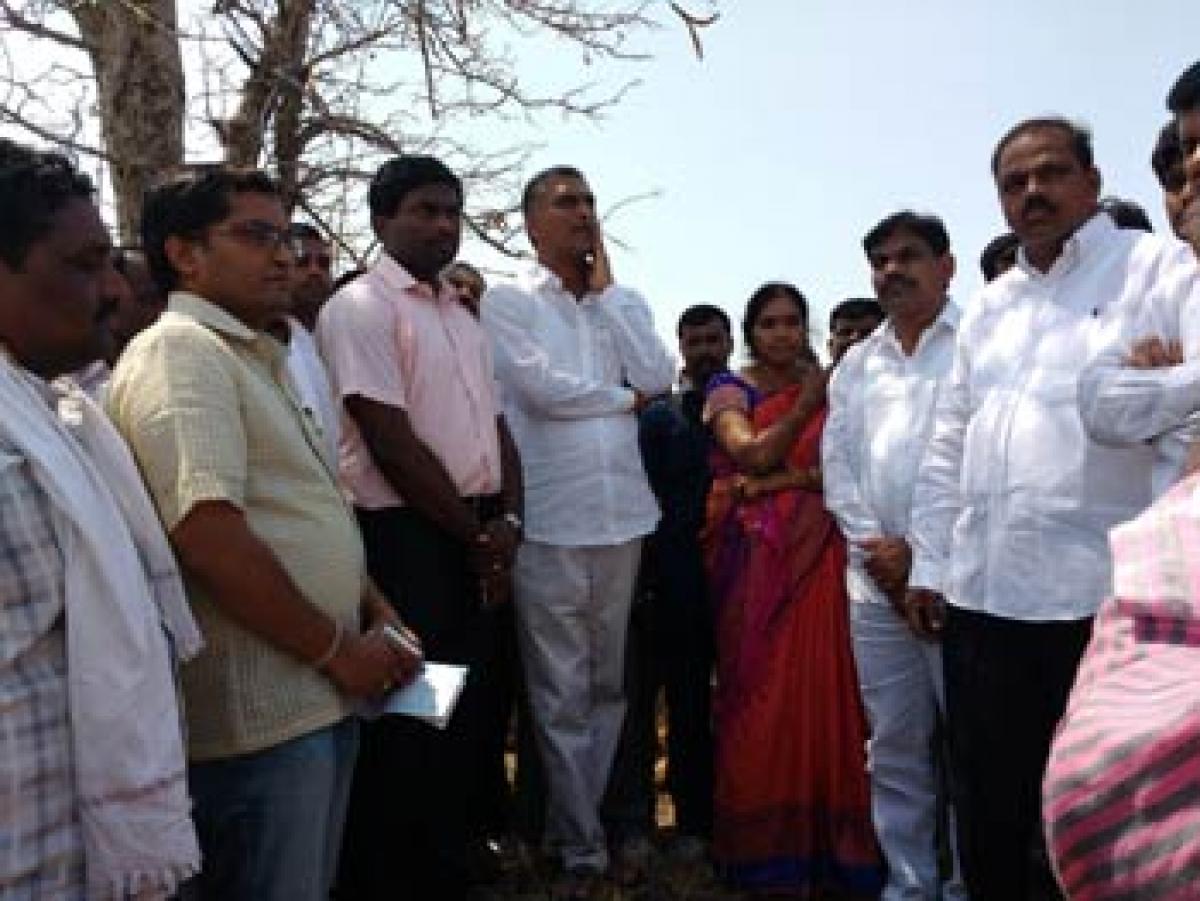 Irrigation Minister T Harish Rao announced Rs 6 lakh compensation for the families of each of the seven victims of Degulwadi electrocutions.

Narayankhed: Irrigation Minister T Harish Rao announced Rs 6 lakh compensation for the families of each of the seven victims of Degulwadi electrocutions.

He inspected the bodies of the victims which were brought to an open field between Devyanaik Thanda and Ram Singh Thanda after post-mortem was performed at Narayankhed on Monday. He visited the accident spot, spoke to the people and inquired about what were the reasons for the accident.

Speaking to the media, he said the children of all the victims would be admitted in government run welfare schools and hostels and added that Revenue officials would be available in the hamlet for an entire week to offer any kind of service the people may need. Though he did not name any particular grade of employee on whom action would be initiated, he assured that those responsible would not be spared.