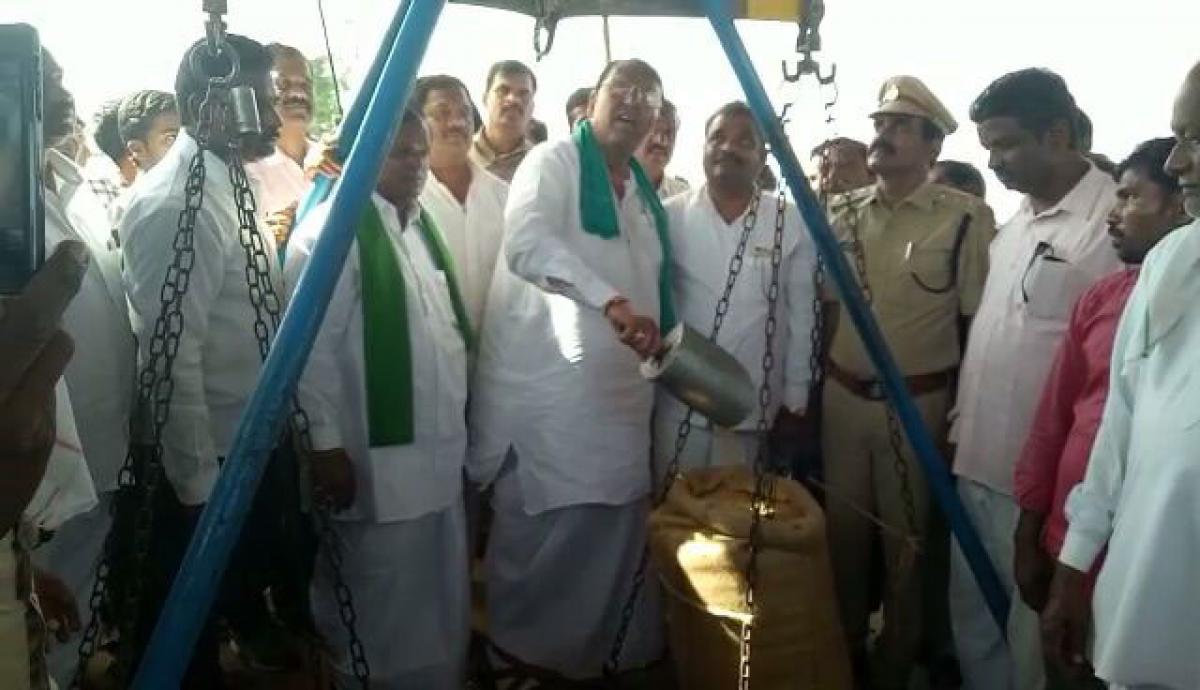 Pocharam said that the centres would purchase paddy at a minimum support price like announced by the central government. He advised the farmers not to get trapped in the hands of middle men.