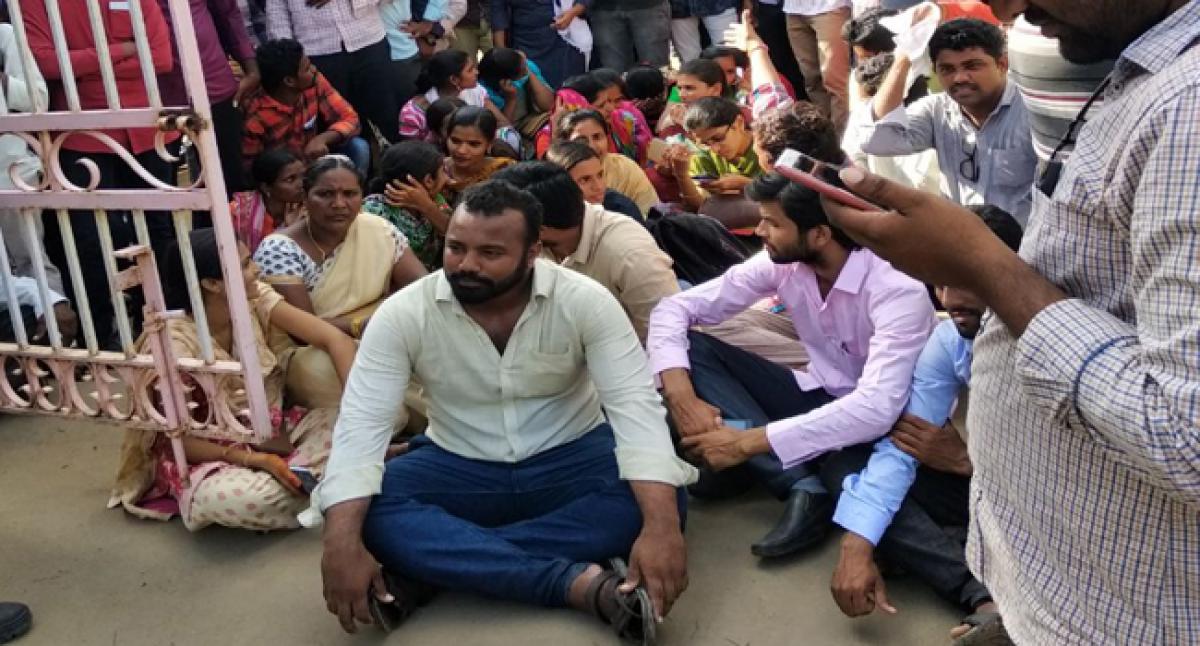 Khammam: Employees of Happy Cooperative Society Limited (HCSL) regional centre in Khammam closed down the branch after realising that they were being cheated by the management. They lodged a complaint in Khammam Two Town police station and took the matter to the notice of Assistant Commissioner of Police Venkata Rao and Circle Inspector Raji Reddy.

The HCSL is based at Coimbatore of Tamil Nadu established a Happy Future Cooperative Bank in May, 2017 with its regional centre near the bus depot in Khammam Two Town area to cater to the financial needs of people in the State and appointed G Venkateshwar Rao, who hails from Patharalapadu village of Thirumalayapalem mandal as the director of the bank.

The bank set up about 120 branches in Khammam, Warangal, Nalgonda, Suryapet and Mahabubabad districts and recruited more than 500 members as staff without checking their educational qualifications and collected Rs 80,000 as a deposit from each and extra 20,000 for those who wanted manager posts assuring them of Rs 5,000 salary every month along with commission if they showed the customers for depositing the amount in the bank.

Many unemployed youth, who were searching for jobs, were attracted by the offer and deposited the amount and got jobs in the bank. They also made people deposit money in the bank as the bank officials assured them higher interest compared to other banks.

They alleged that Venkateshwar Rao, after collecting huge deposits of more than Rs 100 crore from employees and customers, cheated them by transferring the amount to other accounts.

Coming to know that they were cheated by the director of the bank, the employees closed the regional centre and approached the police. ACP Venkata Rao took bank director G Venkateshwar Rao and others in the scam into custody. On coming to know about the developments, victims thronged to Khammam Two Town police station and staged a sit-in in front of the police station demanding justice to them.