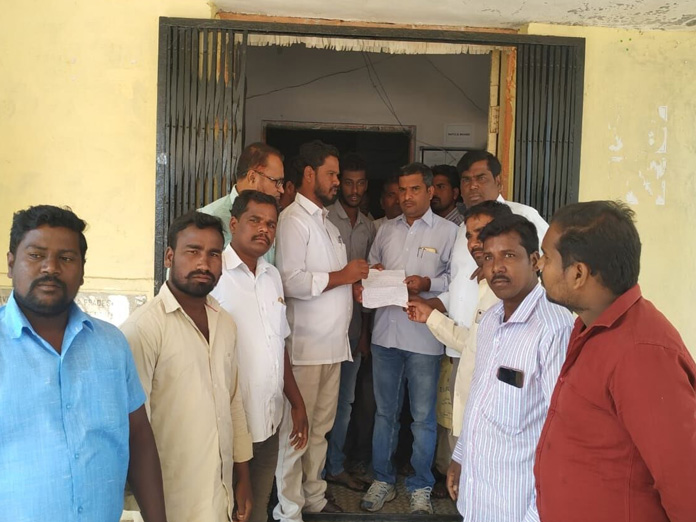 The Ambedkar statue which is situated on the main highway at the junction of Buddaram and Gopalpet road has been vandalised for the second time in 3 months period now. Though earlier, the locals lodged a complaint with the Gopalpet police about the destruction of Ambedkar statue by some unidentified persons and demanded the action against the culprit, following which the authorities had repaired and restored the demolished statute, however, on Wednesday, once again some unidentified miscreants damaged the Ambedkar statue. This led to protests across, Gadwal, Wanaparthy, and Mahbubnagar and Nagarkurnool districts.

As part of the protests, the BC, SC, ST and minorities association leaders along with members of people’s organisation demanded the State government to take necessary safety measures to protect the Ambedkar statues across the State.
They alleged the handiworks of some upper caste miscreants who are against the SC, ST, BC and minorities in the State and are trying to create rift between various communities in the name of caste and religion.

“This kind of vandalising of statue of Dr. BR Ambedkar again and again by some unidentified miscreants clearly reflects their intolerance towards the deprived sections of SC, ST and BC communities. We condemn such repeated cowardly acts and demand the government and the local police to immediately launch an investigation and identify the culprits,” said Vadthya Ramesh Nayak, State secretary of Girijana Sangam, while handing over a representation to Jadcherla tahasildar on Wednesday.