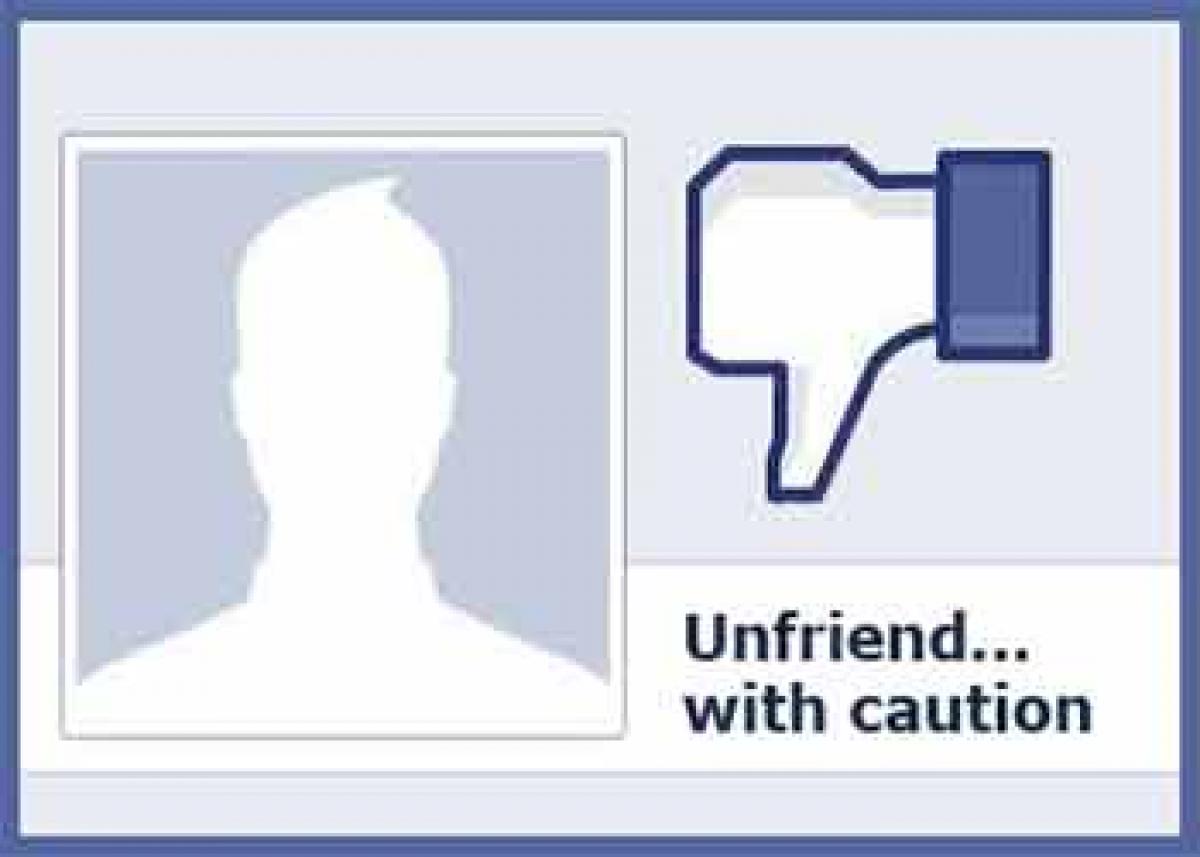 Can trimming out someone from your Facebook friends-' list land you in the dock? In Tasmania it did, where a tribunal has ruled that -'unfriending-'... London: Can trimming out someone from your Facebook friends' list land you in the dock? In Tasmania it did, where a tribunal has ruled that 'unfriending' someone on Facebook amounts to workplace bullying.

The Fair Work Commission decided chopping someone out of your news feeds is tantamount to risking a colleague's health and safety.

The case came up when two women fell out while working for a real estate agent's office.

After a flurry of disagreements one, Mrs Bird, deleted the other, Roberts, as a Facebook friend.

As Roberts suffered with depression and anxiety the tribunal ruled in her favour, claiming it showed "a lack of emotional maturity and is indicative of unreasonable behaviour", Telegraph reported.

Plans for an anti-bullying order for the employer are now in the offing. Separately, a study done by a University of Colorado doctoral student found 40 percent of people would avoid in real life anyone who unfriended them on Facebook.

Women were more likely than men to get offended by the gesture. Perhaps a safer option is 'hiding' updates by the irritating "friends".