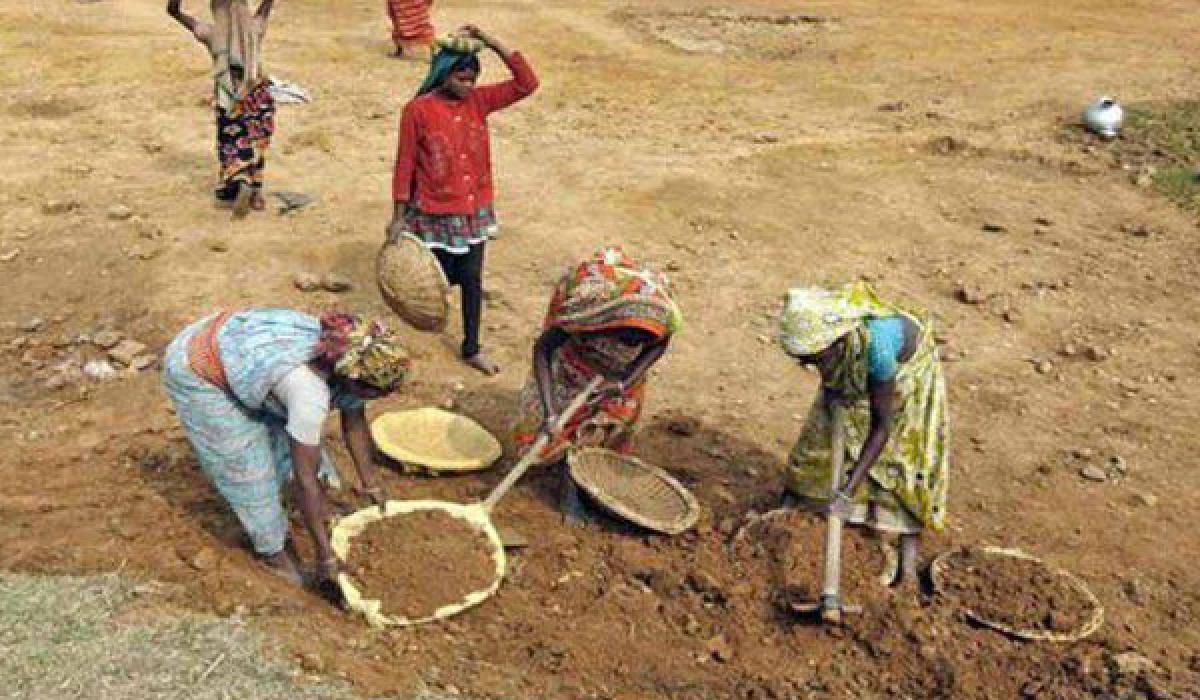 Fully recognising that housing and infrastructure are the main drivers of economic development, the NDA government put budgetary focus on it, right from its interim budget in 2014-15 when allocation for National Housing Bank (NHB), was increased to Rs 8000 crore to support rural housing as part of government's flagship programme of 'Housing for All by 2022'.
As per the Working Group on Rural Housing for 12th Five Year Plan, there's a shortage of 14.8 million houses as in 2015.

Signalling government's priority for rural housing, budgetary allocation under Pradhan Mantri Awas Yojana (PMAY), was raised from Rs 15000 crore to Rs 23000 crore and a target of completing one crore houses for homeless, has been fixed for 2017-18.A special interest subsidy provided under PM scheme, is bound to give further boost to housing , especially EWS and low- cost housing, favourably impacting rural India.

To boost rural infrastructure, Shyama Prasad Mukherji Rubran Mission has been launched for creating integrated project based infrastructure in rural areas, with a separate budgetary allocation of Rs 14389 crore under Pradhan Mantri Gram Sadak Yojana (PMGSY), to augment road connectivity of villages. Modi government is lighting up the lives of people with a dedicated Deen Dayal Upadhaya Jyoti Yojana to augment power supply with an aim to provide round the clock power at affordable rates through energy reforms focusing on green, clean energy.

Affordable energy being the key theme of the government, over two crore BPL families have already been provided LPG connections within one year of the launch of pro- poor scheme -'Pradhan Mantri Ujjwala Yojana(PMUY) and by March 2019, almost entire BPL population will get covered.

In addition to tackling the problem of homelessness, the government is making all out efforts to meet the serious challenge of rural distress caused by agrarian crisis, fully realizing that agricultural development is key to tackle poverty. A 2016 Rural Development Report by International Fund for Agriculture Development(IFAD) says that price incentives for agriculture can act as a catalyst in farm income,leading to poverty elimination.

Keeping this in mind, Ministry of Agriculture & Allied Services, with a record allocation of Rs 187223 crore for 2017-18, is working on e-National Agriculture Market (eNAM), to create a unified national market to help farmers get better price for their crop, with a target to double farmers income by 2022.

A number of other related measures include providing comprehensive crop insurance to farmers and increasing crop coverage area from 30 percent in 2016-17 to 40 percent in 2017-18 to 50 percent by 2018-19 under Pradhan Mantri Fasal Bima Yojana, besides increasing farm productivity by improving soil health, use of technology, undertaking water conservation programme in 50000 gram panchayats and by raising outlay for Long- Term Irrigation Fund to Rs 40000 crore in 2017-18.

Under Pradhan Mantri Krishi Sinchayee Yojana (PMKSY), the target is to provide water to every field in 5 years.
As the root cause of rural distress is income deficit,the government has attached greater priority to several programmes related to job creation, skill development and entrepreneurship, with a view to enhance income.

Under the new target- specific(2019) plan ,'National Rural Livelihood Mission', the government is putting strong focus on sustainable livelihood by targeting women self help groups and reaching out to all 7 crore rural BPL families and linking them to sustainable livelihood opportunities, in order to come out of poverty and lead a decent life.

MGNERGA, in its revamped form, with record allocation of Rs 48000 crore for FY 17, is being used as an efficient tool to support incomes for marginal farmers and landless labourers. On an average, 25-30 lakh works were completed annually till FY 2013-14 whereas 51.3 lakh works got completed in FY 2016-17. Rural Development Ministry is also making use of satellite based geo- tagging to check any leakages and assess actual asset creation under MGNREGA.

With mass scale opening of Jandhan bank accounts of urban and rural poor, 96 percent MGNREGA wages are now being directly transferred to their accounts under Direct Benefit Scheme, compared to just 13 percent in 2013-14 under UPA government.

The skill development programme, covering 45 lakh households, has been making a significant contribution to give a boost to Pradhan Mantri Mudra Yojana (PMMY), the flagship programme to provide loans to promote rural entrepreneurship. The success of this scheme, aimed at unorganised sector, can be gauged from the fact that in FY 18, a record Rs 1.80 lakh crore of loans have been sanctioned, immensely benefiting entrepreneurs.

Alternate employment is being provided to youth by providing cheaper passenger vehicles to rural entrepreneurs. And under National Rural Livelihood Mission, government is planning more rural women led Ajeewika stores to provide them outlet to sell products produced by self help groups, directly to consumers.

To ensure inclusive development, the government is promoting digital inclusion by providing mobile connectivity to over 55000 villages by March 2019 and initiating measures like Jandhan accounts debit cards, Aadhar Pay, Bharat Interface for Money (BHIM), to put an end to middle men and ensure that benefits of various government schemes directly reach beneficiaries through digital transactions that touched 1569.3 crore in FY 17 till January. There is a target of 2500 crore digital transactions in 2017-18.

PM Modi has put greater focus on governance by starting monthly review meetings with bureaucracy with a view to tone up delivery system by plugging any loopholes and leakages, thereby ensuring effective implementation so that rural people can reap the benefits of all pro- poor and pro- rural schemes launched by the government.