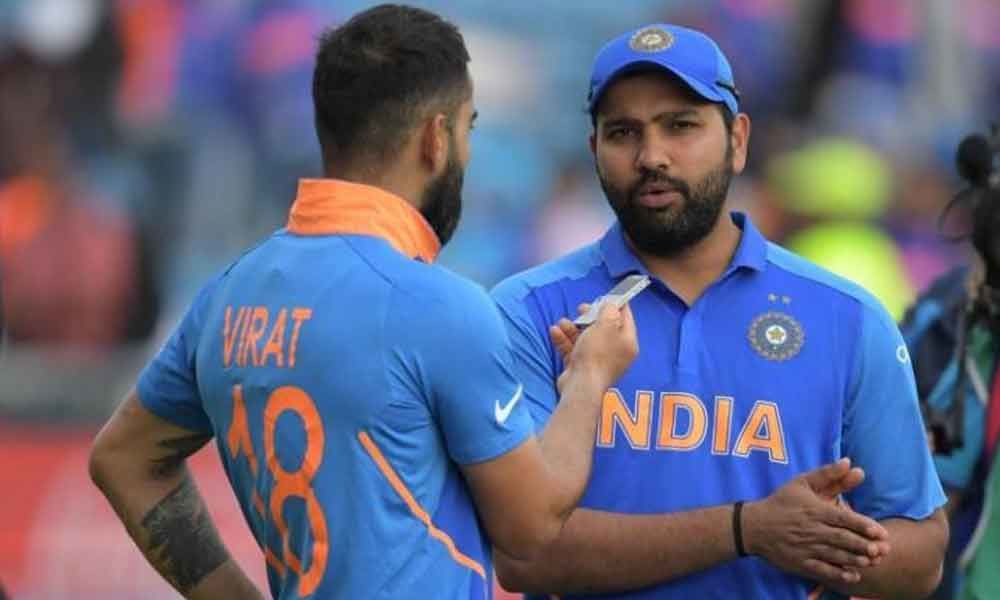 Neither Kohli nor Sharma have so far commented on the reported rift for which no specific reason has yet come out.

Amid spiralling speculation of a rift between India captain Virat Kohli and his deputy Rohit Sharma, Committee of Administrators (COA) chief Vinod Rai on Friday rejected the talk as "stories created" by media. Social media was abuzz with talks of a cold war between Kohli and Sharma after it was reported that the two have had a fallout following India's loss to New Zealand in the World Cup semifinals

There were reports that the Board was contemplating split captaincy -- Sharma for limited-overs and Kohli for Tests. But that too has already been ruled out by the BCCI officials. "These are all stories created by you guys," Rai said in response to queries on whether India's two top batsmen are indeed at loggerheads.

Neither Kohli nor Sharma have so far commented on the reported rift for which no specific reason has yet come out.

While Sharma was the highest run-getter at the World Cup with his record-breaking five hundreds, Kohli also had a decent outing in England, scoring five half-centuries.