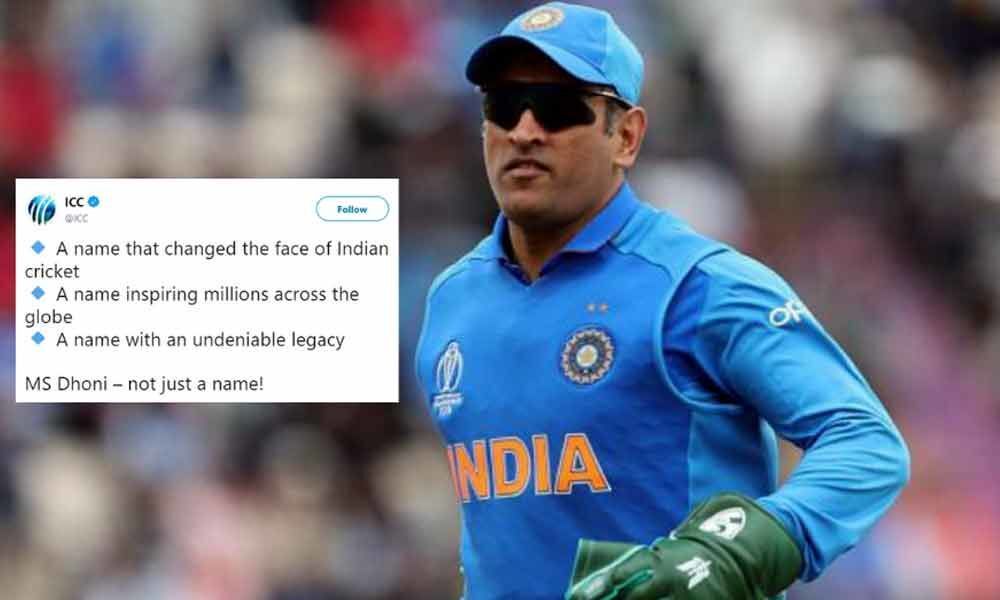 Celebrating his illustrious career, the ICC has paid tribute to Mahendra Singh Dhoni, applauding the World Cup winning captain for changing "the face of Indian cricket".

Dhoni, who has won all cricketing accolades including captaining India to triumph at the 2011 ODI World Cup, 2007 T20 World Cup and Champions Trophy, will turn 38 on Sunday. The ICC posted a video celebrating the Indian wicketkeeper-batsman's achievements. "A name that changed the face of Indian cricket. A name inspiring millions across the globe. A name with an undeniable legacy, MS Dhoni - not just a name! #CWC19 | #TeamIndia," ICC wrote on its official Twitter handle.

In the video, skipper Virat Kohli and ace pacer Jasprit Bumrah are seen talking about the calming influence of Dhoni. "What you see from the outside is very different from how things happen within a person. He's always calm and composed, there's so much to learn from him. He was my captain and he will always be my captain. Our understanding has always been brilliant. I am always up for listening to his advice," Kohli said.

"When I came to the team in 2016, he was the captain. He's a calming influence on the team and he's always there to help," Bumrah said. England's all-rounder Ben Stokes was lavish in his praise and said no one will ever be as good as Dhoni. Stokes shared the same dressing room with Dhoni during their sting at the IPL franchise Rising Pune Supergiants. "One of the greats of the game, phenomenal wicket-keeper. I don't think anyone will be as good as him," Stokes said.

England wicketkeeper-batsman Jos Buttler joined in the praise, calling himself a huge fan of Dhoni. Buttler said Dhoni has been his idol growing up. "Obviously a fellow wicket-keeper, he has been my idol growing up. Mr Cool, I love his persona on the field, he has got lightning fast hands behind the stumps, he looks very calm when he bats. He is a huge ambassador for the game and I am a huge MS Dhoni fan."