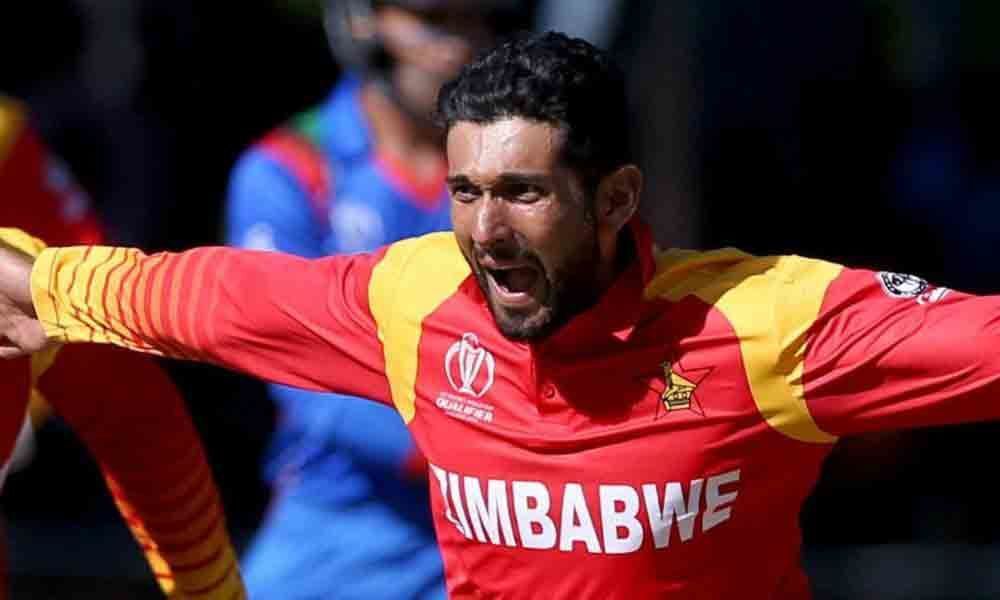 Zimbabwe cricketers, including Sikandar Raza, were left shocked and heartbroken after the ICC suspended Zimbabwe cricket for government interference, a decision which they believe ended their careers and reduced the team to a bunch of strangers.

Harare (PTI): Zimbabwe cricketers, including Sikandar Raza, were left shocked and heartbroken after the ICC suspended Zimbabwe cricket for government interference, a decision which they believe ended their careers and reduced the team to a bunch of strangers.

The ICC on Thursday suspended Zimbabwe Cricket with immediate effect violation of global body's constitution which doesn't allow any government intervention. In an emotional post in twitter, Raza said this is not how he wanted to bid goodbye to the sport.

Former Zimbabwe skipper Brendan Taylor said the heartbreaking decision ended the careers of many people who have been associated with the sport in the country.

"@ICC It's heartbreaking to hear your verdict and suspend cricket in Zimbabwe. The @ZimbabweSrc has no government back round yet our Chairman is an MP? Hundreds of honest people, players, support staff, ground staff totally devoted to ZC out of a job, just like that," Taylor tweeted.

Zimbabwe fast bowler Kyle Jarvis too expressed his disappointed in social media. "A lot of good people have just been put out of work @ICC," he wrote in his twitter handle before adding: "Gutted".

Zimbabwe all-rounder Solomon Mire, meanwhile, announced his retirement from all forms of cricket after the ICC decision. "I informed the players and tech staff of my decision at the end of the recent tour and wanted to formally announce my decision to retire from Zimbabwe cricket in all formats with immediate effect," he wrote in his instagram page.

"It is unfortunate and untimely however to leave under the current circumstances that are out of my control but I have decided to take a step in a new direction," added the 29-year-old, who played 47 ODIs for Zimbabwe.

Zimbabwe were scheduled to tour India in January 2020 to play three Twenty20 International (T20I) matches. They last travelled to India in February and March 2002.