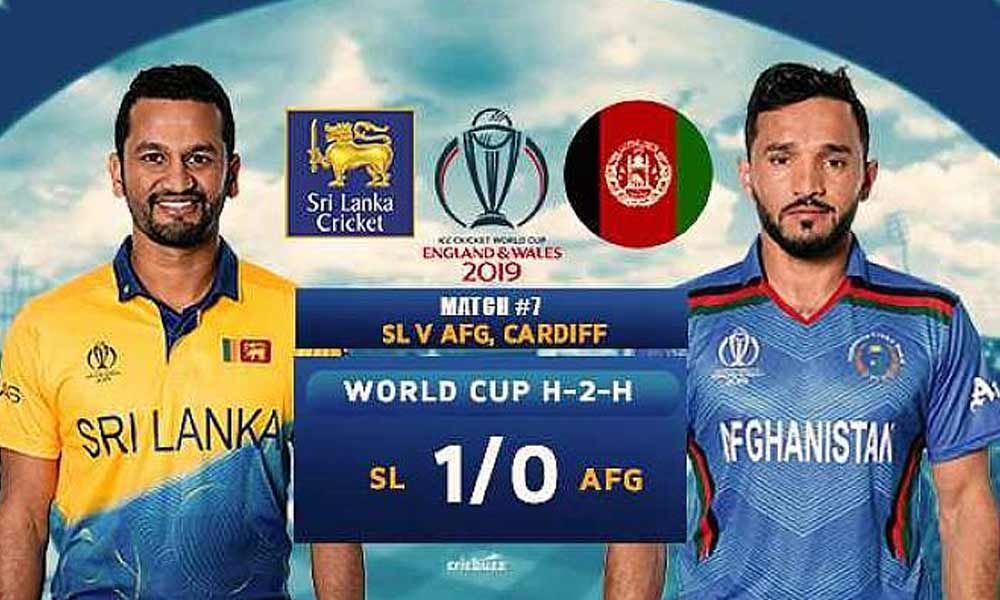 The 9th and 10th ranked ODI teams will go at each other on Tuesday as Afghanistan take on Sri Lanka in Cardiff.

The 9th and 10th ranked ODI teams will go at each other on Tuesday as Afghanistan take on Sri Lanka in Cardiff. After losing their opening games in the tournament, both the teams will be determined to turn the tables and get their campaign rolling on Tuesday. Here's our prediction for the game:

Sri Lanka have not been in any kind of form before entering the tournament. The Islanders seem to lack teeth in all departments of the game, and as a result, have lost series after series over the past few months.

Their season opener too proved to be another instance where Dimuth Karunaratne and Co were found lacking the confidence to compete against some of the stronger sides in the game. While the batters looked in no shape to play quality seam bowling, the bowlers could not pose any threat whatsoever to the New Zealand batters as the Kiwis ended up hammering the men in blue and yellow.

Come Tuesday, and they'll be up against the spirited unit of Afghanistan, who would stop at nothing to register their first win of the tournament. Senior pros Angelo Matthews, Kusal Perera, Thisara Perera, and Lasith Malinga will need to rise to the occasion to give their team a chance.

Despite losing their first game to Australia, Afghanistan drew applause for putting up a fighting show against the defending champs. After the top batters were cleaned up quickly, the lower order and the tail played with great spirit to take their team over the 200-run mark.

Tuesday's game against a shaky Sri Lankan side presents Afghanistan with a golden opportunity to open their account in this World Cup. However, they would require greater discipline to embrace the opportunity. The likes of Mohammad Shahzad, Rahmat Shah and Hashmatullah Shaidi will have to put forth a better show with the bat while the spin trio of Rashid Khan, Mohammad Nabi and Mujeeb-Ur-Rahman is likely to play a key role in the bowling department.

Who will win the match?

While Sri Lanka might fancy their chances against Afghanistan, their recent misery might judge the result against them. Expect the boisterous Afghans to overturn Sri Lanka at the Sofia Gardens on Tuesday.