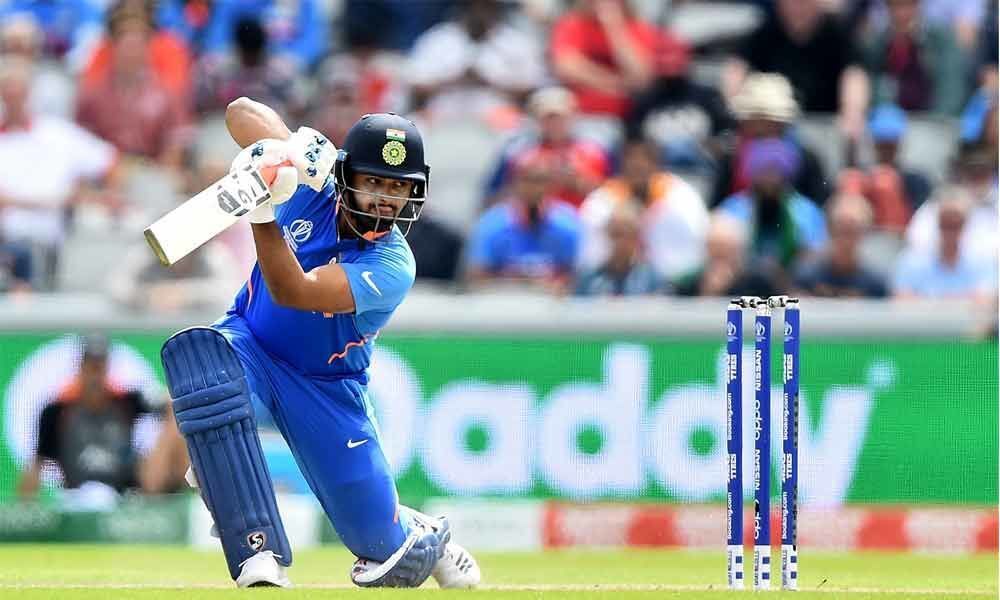 India need to overhaul a modest 240-run target to earn a shot at their third ODI World Cup title as New Zealand could add only 28 runs to their overnight total in the rain-hit semi-final, here Wednesday.

Manchester: India need to overhaul a modest 240-run target to earn a shot at their third ODI World Cup title as New Zealand could add only 28 runs to their overnight total in the rain-hit semi-final, here Wednesday.

Resuming at 211 for 5, the Black Caps managed just one boundary in the remaining 23 balls. The highlight of the brief New Zealand innings on the reserve day was Ravindra Jadeja's direct throw from the deep mid-wicket to end back Ross Taylor (74, 90 balls), who ran for a double.

Tom Latham then provided Jadeja with a simplest of catch to give Bhuvneshwar his second wicket of the match. He ended with 3 for 43 when Matt Henry offered a simple skier to skipper Virat Kohli. The best part about the 20-odd minute session was the intensity with which Jasprit Bumrah (1/39) and Bhuvneshwar bowled. Bumrah bowled fast and pitched it back of the length while the UP seamer bowled a much fuller length.

They were backed by Jadeja and also KL Rahul, who showed tremendous commitment with a diving stop that saved three runs off the penultimate delivery of the New Zealand innings. While the last 10 overs yielded 84 runs, which was by far their most productive of all the 10-over sets, what will come back to haunt them was lack of intent during the middle overs.

Save Yuzvendra Chahal (1/63), they could not dominate any of the other four Indian bowlers. The total dot ball count was an astounding 158 which is more than half their quota of overs. A forecast of clear weather till mid-afternoon, the chase is expected to be a cakewalk for the formidable Indian top-order which has rarely failed in the seven-week tournament.