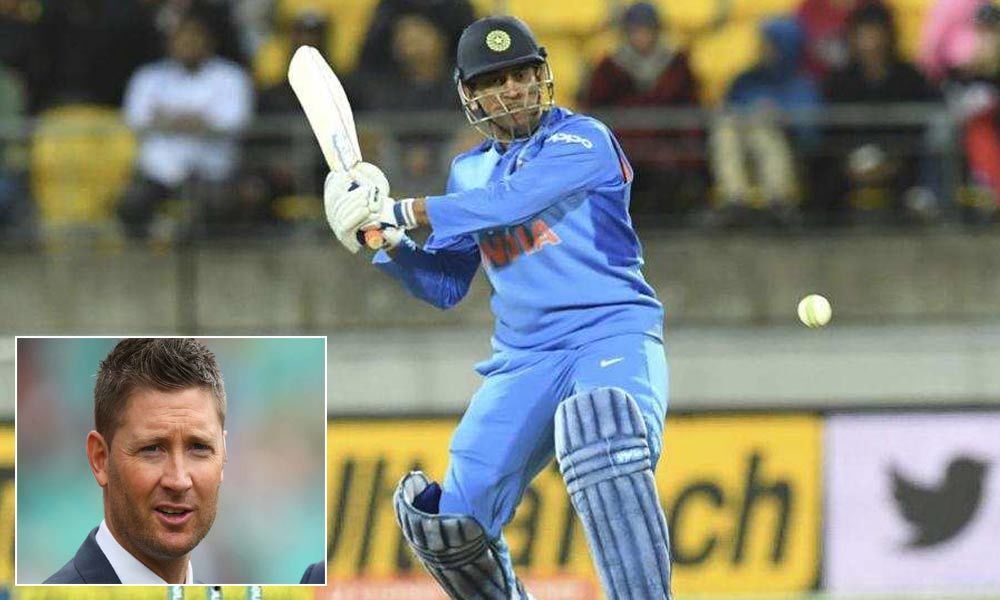 Clarke tweeted after the Australian team beat fancied India in the fifth and final ODI at the Feroz Shah Kotla for a stunning come-from-behind 3-2 series win here Wednesday.

"Never underestimate the importance of MSD - experience in the middle order is so important," Clarke, a World Cup-winning captain, wrote on his twitter handle about the seasoned player who has also led his country to two World Cup triumphs.

India surrendered a 2-0 lead in the just-concluded five-match series even as the Australians made a remarkable comeback by winning three consecutive matches.

Incidentally, Dhoni did not feature in the last two games with young wicketkeeper Rishabh Pant struggling to fill in the former India captain's shoes.

Not just as a reliable batsman and wicketkeeper, Dhoni's guidance in the field was also missed in the last two matches that India lost against Australia.