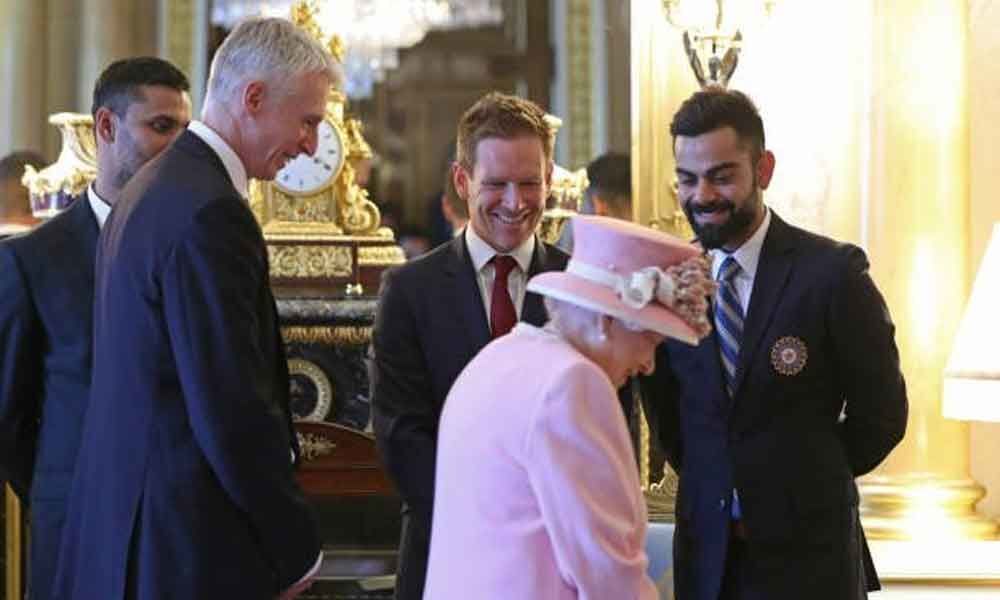 India's campaign will begin on June 5 against South Africa in Southampton.

On Wednesday, in London, the captains of the 10 participating teams in the ICC World Cup 2019 had met, Queen Elizabeth II and Prince Harry, Duke of Sussex at Buckingham Palace..

Before joining a Garden Party at the Palace, the host captain Eoin Morgan and Indian skipper Virat Kohli, met Her Majesty and His Royal Highness.

Queen Elizabeth and Prince Harry smiled and wished the captains of all the teams luck in the 46-day tournament.

The first match of the tournament is scheduled to be held between England and South Africa at The Oval, London. India's campaign will begin on June 5 against South Africa in Southampton.

Captains including @Eoin16 and @imVkohli met Her Majesty and His Royal Highness before joining a Garden Party at Buckingham Palace. pic.twitter.com/AjS5eZBrVH