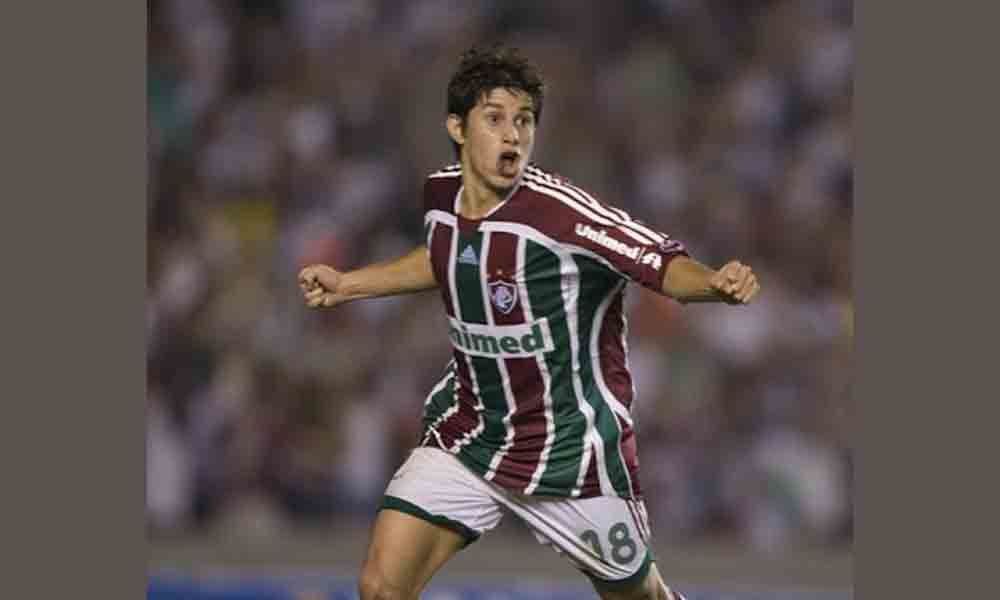 Chinese teams and media heaped praise Wednesday on the diminutive Argentine who put Chinese football on the map with a record-breaking move in 2011, paving the way for the arrivals of Didier Drogba, Oscar and Hulk.

Shanghai: Chinese teams and media heaped praise Wednesday on the diminutive Argentine who put Chinese football on the map with a record-breaking move in 2011, paving the way for the arrivals of Didier Drogba, Oscar and Hulk.

Attacking midfielder Dario Conca announced his retirement from the game on Tuesday, just over two weeks before his 36th birthday. The end of his career made headlines in China, where Conca was hailed as a pioneer, and caused media and fans to reflect on how football has rapidly changed in the country in the past decade.

Chinese Super League (CSL) side Guangzhou Evergrande forked out a then-domestic-record $10 million to buy a 28-year-old Conca from Brazil's Fluminense in July 2011. But it was his wages which stunned the football world, his reported annual salary of $12.5 million putting him behind only Lionel Messi and Cristiano Ronaldo at the time. It was a vast sum for a player who would never represent Argentina and enjoyed nothing like the profile of Messi and Ronaldo.

"It heralded a golden age," said Sina Sports on Wednesday. "Chinese fans have deep feelings for him -- he was one of the totems of the Chinese Super League." Conca spent two-and-a-half successful years in southern China with champions Evergrande, scoring 54 goals and making 37 assists in 99 appearances. He returned to Fluminense in 2014, only to come back to the CSL in 2015 with Shanghai SIPG, but a serious knee injury limited his involvement and he was released in February last year.

SIPG and Evergrande -- where he was dubbed "king of Tianhe Stadium" -- led the tributes to the 1.68-metre tall (5.5-feet) Conca. "Both his skill and character are highly regarded by Chinese fans," said SIPG, noting that Conca's second son was born in Shanghai. "We sincerely thank you for your contribution to Shanghai and even the Super League."