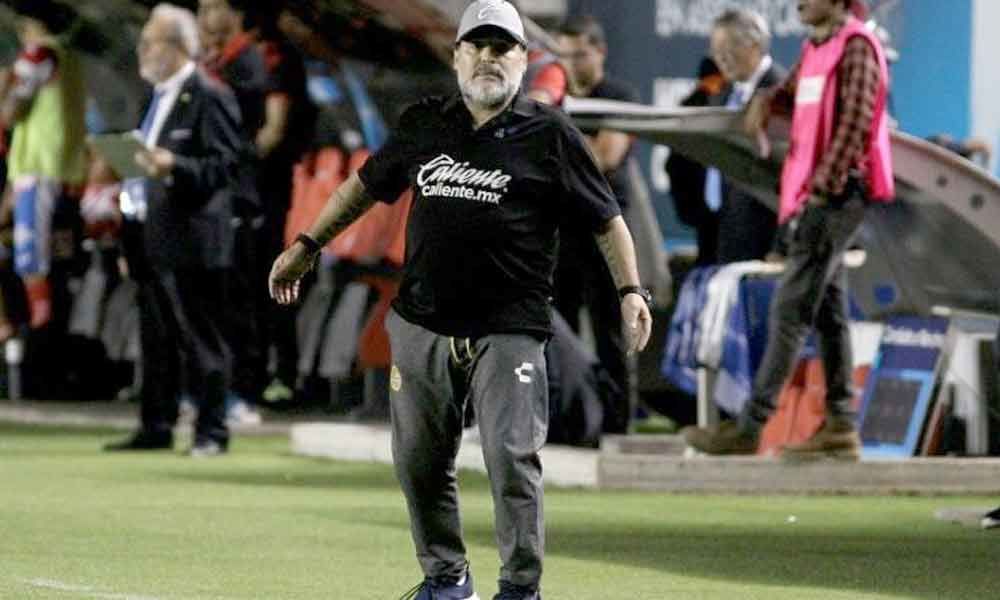 His lawyer, Matias Morla revealed then that Maradona needed to undergo surgery on his knee and shoulder on Wednesday. "Everything went perfectly," said Morla on his Twitter account, in reference to the operation on Maradona's right knee.

Maradona's appointment at Dorados in September had been a surprise, despite his inglorious coaching history since leaving the national team post following the 2010 World Cup.

It caused much amusement too amongst skeptics as Dorados are based in the western state of Sinaloa, which is best known for its powerful drug cartel that used to be run by notorious kingpin Joaquin "El Chapo" Guzman, who was earlier this month jailed for life in the United States.

Maradona, 58, has had his problems in the past with substance abuse, including cocaine. He came tantalizingly close to taking Dorados up to the Mexican top flight before resigning.

Maradona previously underwent a successful operation on his left shoulder in 2017 in Dubai, while he was coaching second division Emirati side Fujairah.

The former Barcelona and Napoli star forward is perhaps best known for guiding his country to victory at the 1986 World Cup in Mexico. Along the way, Maradona scored the infamous 'Hand of God' goal against England in the quarter-finals.