Golden return but Mirabai battles with fear of injury 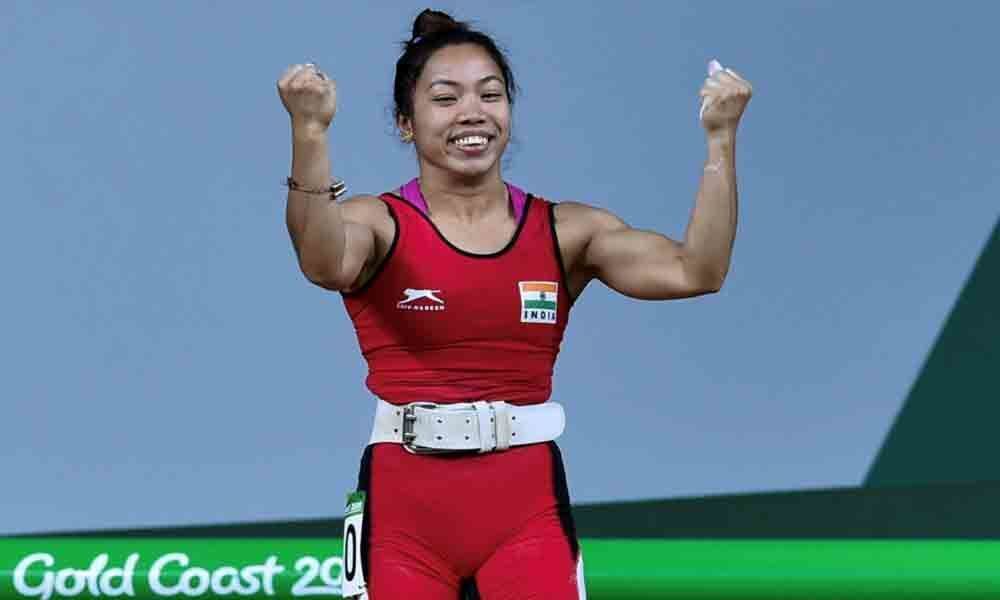 “Compared to 2017 the expectations are much more because I am returning for the first time and this is the main event for the Olympics. But I try not to think about it. I just keep in mind what the coach tells me,”

New Delhi (PTI): Top Indian weightlifter Mirabai Chanu on Tuesday said she lives in fear of injuring herself ahead of next year's Tokyo Olympics despite recovering from an unspecified back problem, which marred her progress in 2018.

After the gold-winning performance in the Gold Coast Commonwealth Games last year, Mirabai had complained of lower back pain. The injury puzzled doctors across the country, who were unable to diagnose the cause, forcing the 24-year-old to miss the Asian Games and the World Championships in the same year.

"A lot has changed after the injury. There is always a fear as to what will happen if I get injured again. I have to think twice before every lift, every training session," Mirabai told PTI.

About nine months later, the back pain has subsided allowing Mirabai to make a successful comeback to the arena. She notched up a gold medal at the EGAT Cup in Thailand in her first outing after the setback.

The injury has led Mirabai and coach Vijay Sharma to tweak their training regimen. "My approach has changed because we don't know why the pain occurred in the first place. Was it because of some exercise or was it because of my technique, we still don't know that," she said.

"She is taking things a bit slowly," added Sharma, only slightly elaborating on what has changed for the star. Mirabai has enjoyed a good run since her comeback.

In the Asian Championships in April, she missed out on a medal by a whisker. The 24-year-old had lifted 199kg (86kg+113kg), her personal best, but lost out to China's Zhang Rong, owing to a lower clean and jerk result. She then got back to winning ways by notching up the gold at the recently concluded Commonwealth Championships.

"My progress since the injury has been good. I have won gold EGAT and then again in Commonwealth Championships. I am satisfied with the performance."

The diminutive Manipuri has now set her sights on the World Championship, scheduled to be held in September. She has fond memories of the tournament, where she was crowned champion in 2017.

With those memories, come the expectations and with that a lot of pressure as the World Championship will also double up as an Olympic qualifying event.

"Compared to 2017 the expectations are much more because I am returning for the first time and this is the main event for the Olympics. But I try not to think about it. I just keep in mind what the coach tells me," she said.

In order to win at the World Championship, Mirabai will have to up the ante. She heaved 194kg on way to gold at the 2017 Worlds in Las Vegas. However, the 2018 world champion in the 49kg category lifted a world record weight of 209kgs. While the silver and bronze went to 208kg and 206kg, respectively.

"I am targeting 202kg-plus in this event. Thailand, China Japan, Korea we are all together. Because Asia is the powerhouse the same players will be in the Worlds as well, and I almost won a medal in the Asian Championship so I'm confident I'll do well. I have lifted 203kg in training. My aim is 210 but it has to be done slowly hopefully till Tokyo I will be able to achieve it," she explained.

After the rejig of weight categories, Mirabai had to move from 48kg to 49kg alongside a lot of lifters participating in the 53kg. Asked if that's added pressure considering the 53kg lifters have an advantage over her, Mirabai said: "I am not thinking about others. I have to focus on my performance."

"Yes, I am at a disadvantage because those who have moved from 53kg can lift one or two kilogram more than us but I have to focus on my own performance," she said.