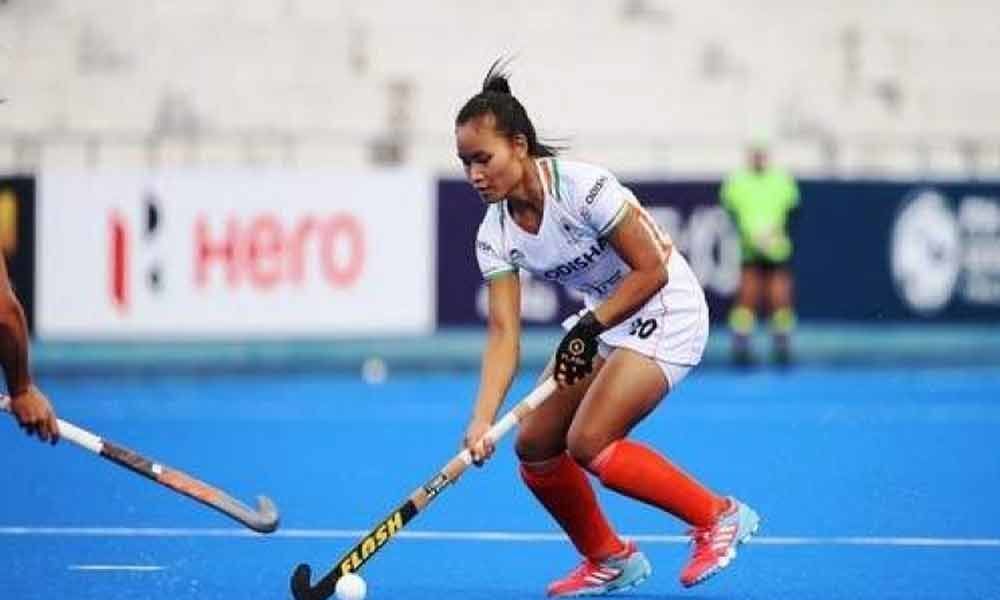 In last year's Asian Games, India finished second after going down 1-2 to Japan to miss out on qualifying for the 2020 Tokyo Olympics.

BENGALURU: Fully aware of the mistakes they committed in the Asian Games finals, India women's hockey team forward Lalremsiami on Saturday said they are confident of qualifying for 2020 Tokyo Olympics.

In last year's Asian Games, India finished second after going down 1-2 to Japan to miss out on qualifying for the 2020 Tokyo Olympics.

"We played very well at the Asian Games and we knew that if we had won there then we would have qualified for the Olympics. We worked hard during the tournament, but we made a few mistakes," Lalremsiami said.

The team, led by skipper Rani Rampal, then went on to take revenge by beating Japan 3-1 in the final of the FIH Women's Series Finals in June.

"Thereafter, we decided that we will not repeat our mistakes at the FIH Women's Series Finals and we triumphed in the competition against the same Japan team we lost to in the 18th Asian Games Final," she added.

The Indian women's team, currently ranked 10th in the world rankings, will face tough challenges against the likes of Australia, China (11th) and hosts Japan (14th) at the Olympic Test event, scheduled to begin in Tokyo on August 17.

"The team is very confident ahead of the Olympic Test Event because we have worked hard during our practice sessions. Every session in the National Camp is planned to keep in mind the Olympic Qualifiers. We believe that we have a good team which can repeat history by qualifying for the Olympics again," said Lalremsiami.

The 19-year-old from Mizoram further expressed that the various camps organised by Hockey India helped the players improve their game.

"We improved our game day by day in the special training camps organised by Hockey India. We focused on certain aspects of our game such as when to tackle players, man-to-man marking etc. After enhancing our game, I believe we are even a more confident unit," said Lalremsiami.

The talented striker added that India can give top-ranked team like Australia a run for their money in the Olympic Test Event.