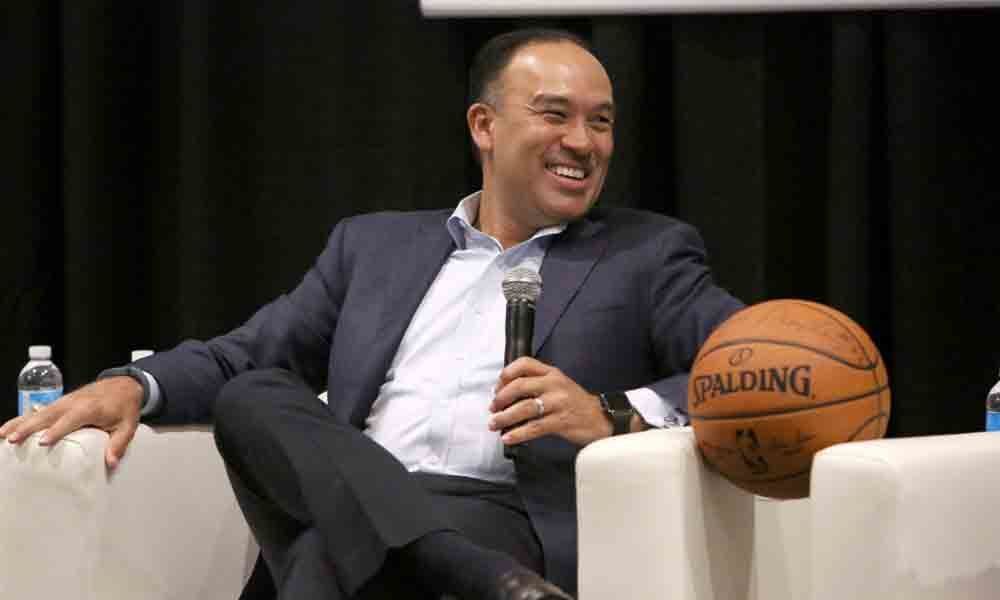 India is a very important market for National Basketball Association (NBA) as they see great potential for the sport in the country, Deputy Commissioner Mark Tatum has said.

Orlando (Florida) (IANS): India is a very important market for National Basketball Association (NBA) as they see great potential for the sport in the country, Deputy Commissioner Mark Tatum has said.

"India is a very important market for us. We have an academy there. We only have seven academies in the world and one is in India," Tatum said on the sidelines of the Junior NBA Global Championship which got over on Sunday with US Central (girls) and US West (boys) winning in their individual finals against Canada and Africa, respectively.

"They won their first game during the junior NBA global championships. So they've got a lot of talent coming out from there," he said pointing to U-14 boys Lokendra Singh, Harsh Dagar and Kushal Singh, who are a part of the NBA academy at Jaypee Greens Integrated Sports Complex in Noida.

Guards Harsh (65 points) and Lokendra (52 points) were one of the best performers in the international section where eight teams took part, scoring 117 points between them.

The boys and girls played against Latin America, Africa, Europe & Middle East and Canada in the international bracket, both sides losing to Canada in the quarterfinals of the youth tournament at the Wide World of Sports Complex, Walt Disney World Resort.

The highlight was the way the Indian boys played against the mighty Canadians, the second best team in the world, almost pulling off a major upset against the country which houses the reigning NBA champions, Toronto Raptors. The game went into overtime where they lost 56-64 after being down 16-25 at halftime.

In their first game of the meet, they had defeated Latin America to start on a high.

The girls, however, failed to conjure up a win in four matches but fought hard against Africa and Girls Northeast in the positive finish game with 13-year old Muskan Singh (32 points) impressing with her speed and ball control.

Last year, the NBA had announced that the Indiana Pacers and Sacramento Kings will play in two pre-season games in Mumbai on October 4 and 5, marking the first games the NBA has played in India and the first games staged in the country by a North American sports league.

"I think it's going to expose Indian fans to real NBA basketball, but we think that the potential there is going to be incredible," Tatum said.

Asked about the star players coming to Mumbai, Tatum informed that the likes of De'Aaron Martez Fox, who is going to be on the USA basketball team representing them in the World Cup in China, Harrison Barnes and Victor Oladipo of Sacramento Kings and Indiana Pacers respectively will be present.

"These are the big stars of the Sacramento Kings and the Indiana Pacers. There will be former players who will join us in India as well," he said.

Tatum also stressed that the Junior NBA Global meet is helping the budding cagers from across the world learn more and more about the game.

"This tournament is all about the competitive spirit. They (cagers) were in it. They fought, they competed. And one of the things we're teaching these kids is about diversity.